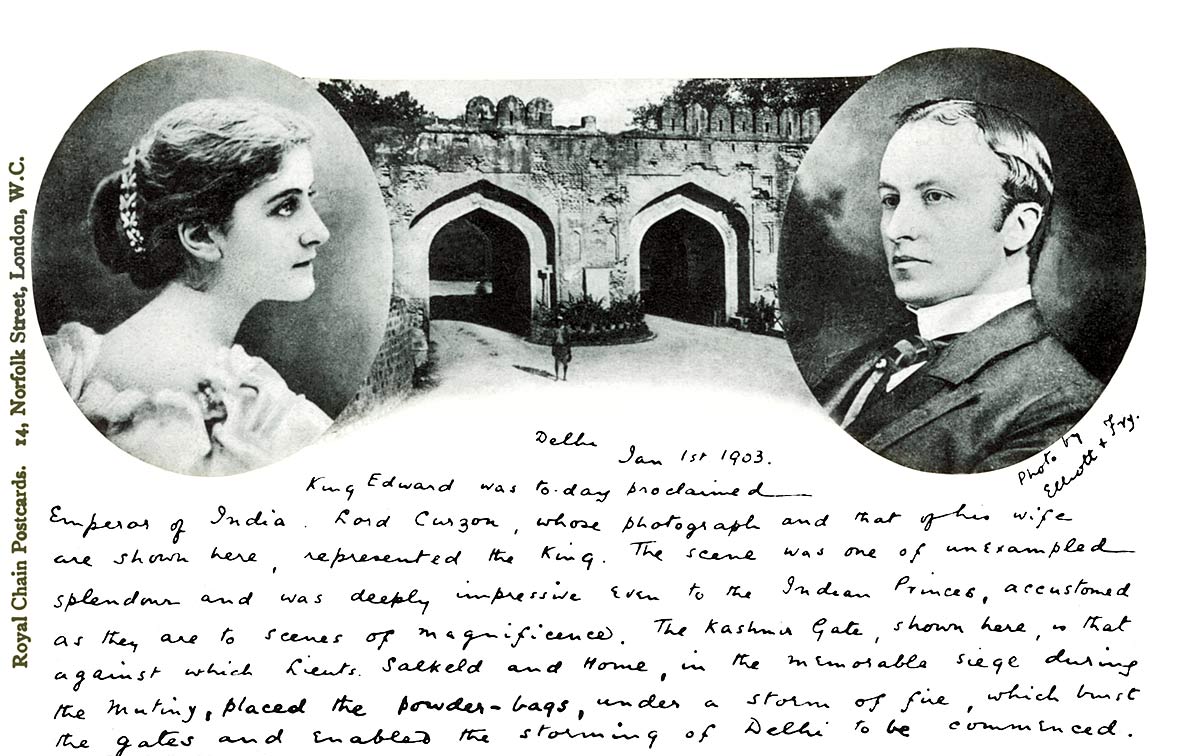 [Original pre-printed caption] King Edward was today proclaimed Emperor of India. Lord Curzon, whose photograph and that of his wife are shown here, represented the King. The scene was one of unexampled splendour and was deeply impressive even to the Indian Princes, accustomed as they are to scenes of magnificence. The Kashmir Kate, shown here, is that against which Lieuts. Salkeld and Home, in the memorable siege during the Mutiny, placed the powder-bags, under a storm of fire, which bust the gates and enabled the storming of Delhi to be commenced. [end]