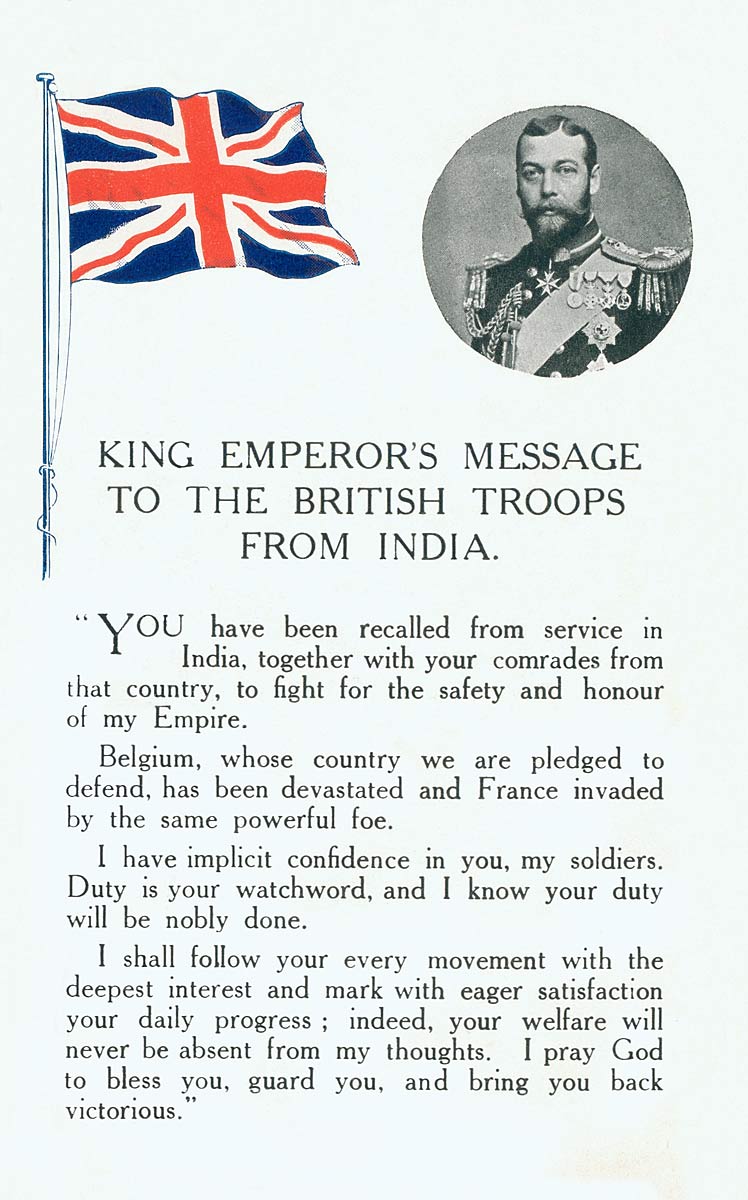 King Emperor`s Message to the British Troops from India.

Over a million Indian troops served as part of the British forces in World War I; postcards were used to help recruit them, often in languages like Gujarati, though this card seems to have been intended more for British troops already serving in India who were being re-deployed to Europe. As a postcard it is interesting for its combination of lithography (the flag), halftone printing (King George V) and text.

Postmarked Great Yarmouth, Dec. 16, 1915, to Mrs. J. Magee, Maryland, Bolton, Lancashire: [Verso] “Just a PPC [Picture Post Card] Hoping to find you in the very Best of Health as it leaves me at Present. JLW.”