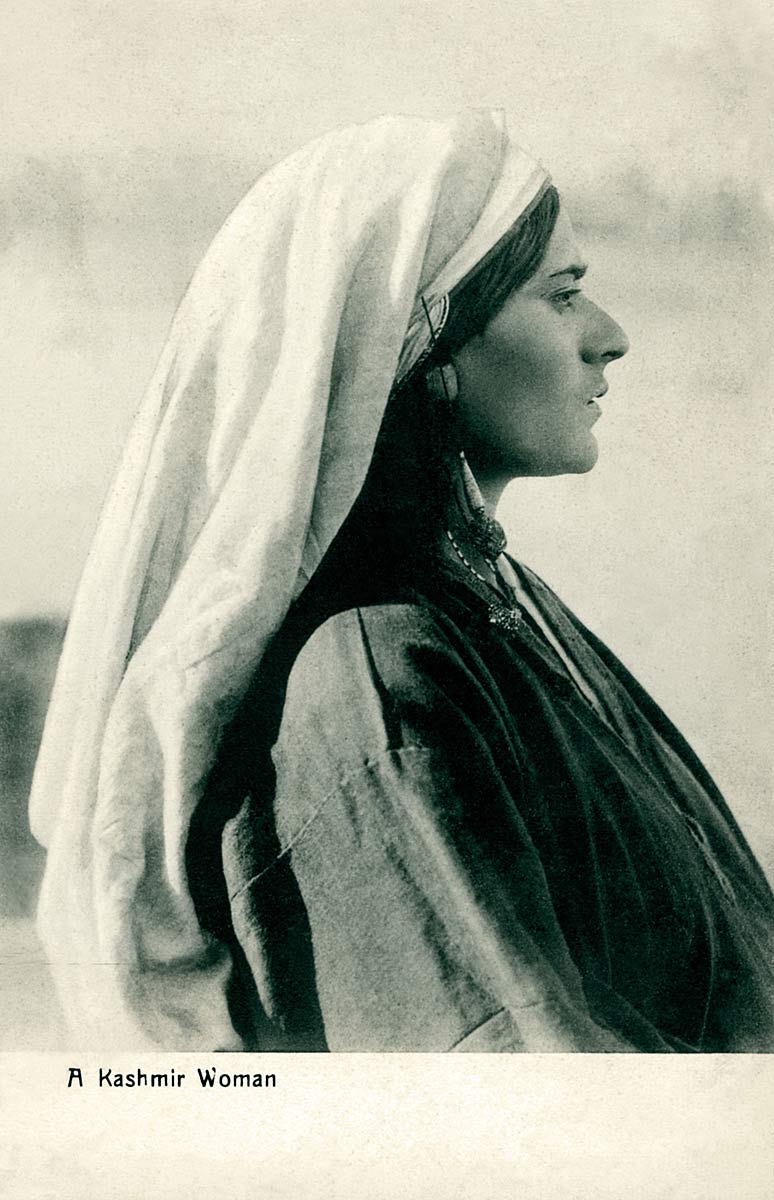 This woman, in a similar pose on a postcard published by and from a photograph by Fred Bremner, was called "A Punditani (Hindu) Kashmir." Inasmuch as titles were fluid, the same image, above, was called "A Daughter of Noah Dal Lake Kashmir" in a national Geographic issue from 1921; her profile image was also used on an Indian matchbox cover printed in Austria.

A straight side profile is unusual, as is the contrasting colors of her garments, brought to near-photographic level in this collotype which makes every fold visible.