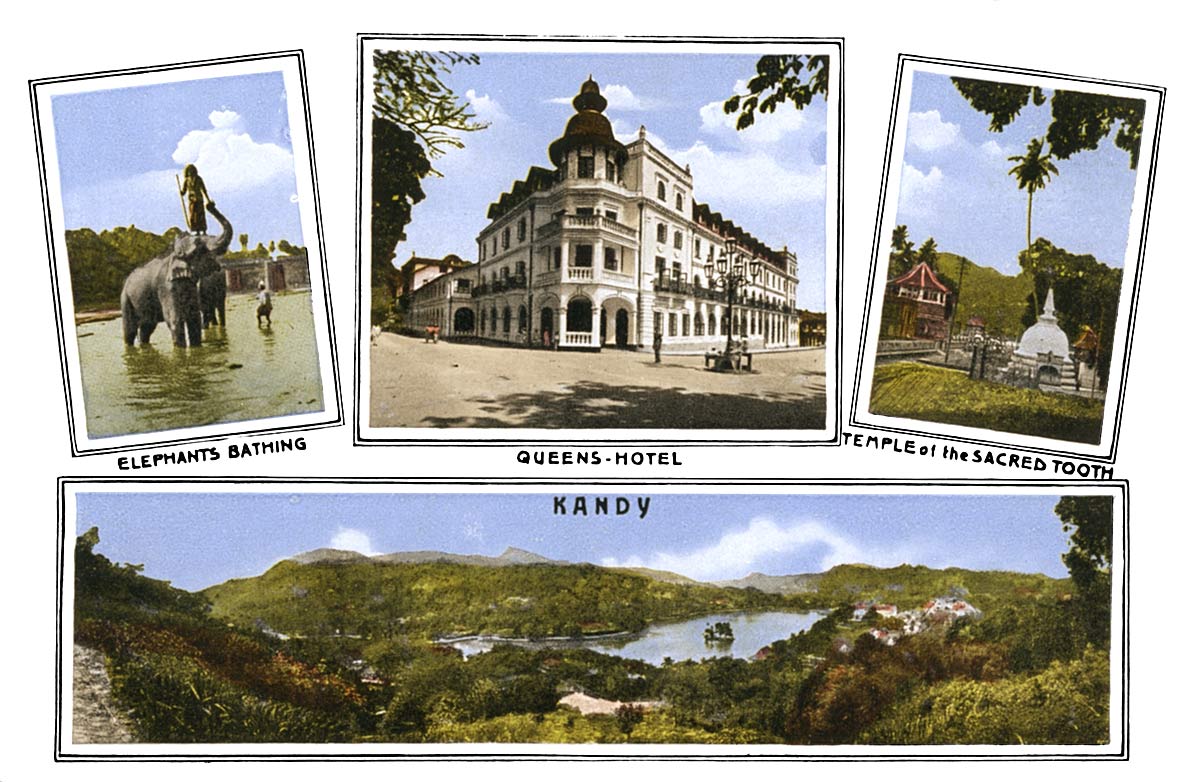 A multi-image card popular around the turn of the century, where one type of postcard sought to compress as many views of a place into a small space. Murray's Handbook for India, Burma and Ceylon (1909) writes that "Kandy is picturesquely situated on the banks of a small artificial lake, overhung on all sides by hills. A road called Lady Horton's Walk winds round one of those hills, and on the E. side, which is almost precipitous, looks down on the valley of Dumbera, through which the Mahaweli-ganga [river] rolls over a channel of rocks, 'presenting a scene that in majestic beauty can scarcely be surpassed.' In a park at the foot of this acclivity is The Pavilion of the Governor. Serpents are numerous here, especially the serpent and carawilla [an arborial snake]. The large black scorpion, as big as a crayfish, is also found here." (Murrays 1909, p. 478)