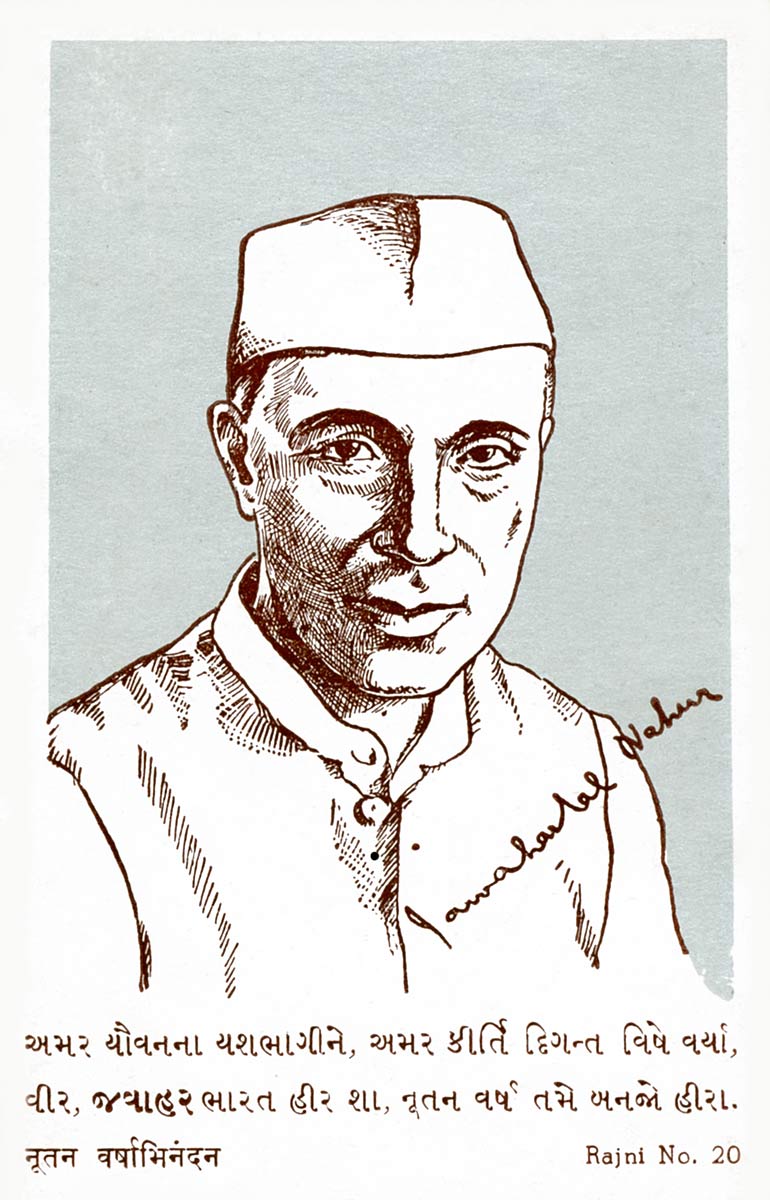 Jawaharlal Nehru (1889 - 1964) was the first Prime Minister of India and one of the primary leaders of India's Independence struggle and a close associate of Mahatma Gandhi. Jawaharlal Nehru was largely responsible for the introduction of a modified version of state planning and control over the economy following Independence.

[Translated from Gujarati] “Jawaharlal signified eternal youth. His charisma had a universal appeal. At the dawn of this New Year we send our good wishes that you become like a diamond in the glittering throne of Bharat (India).”