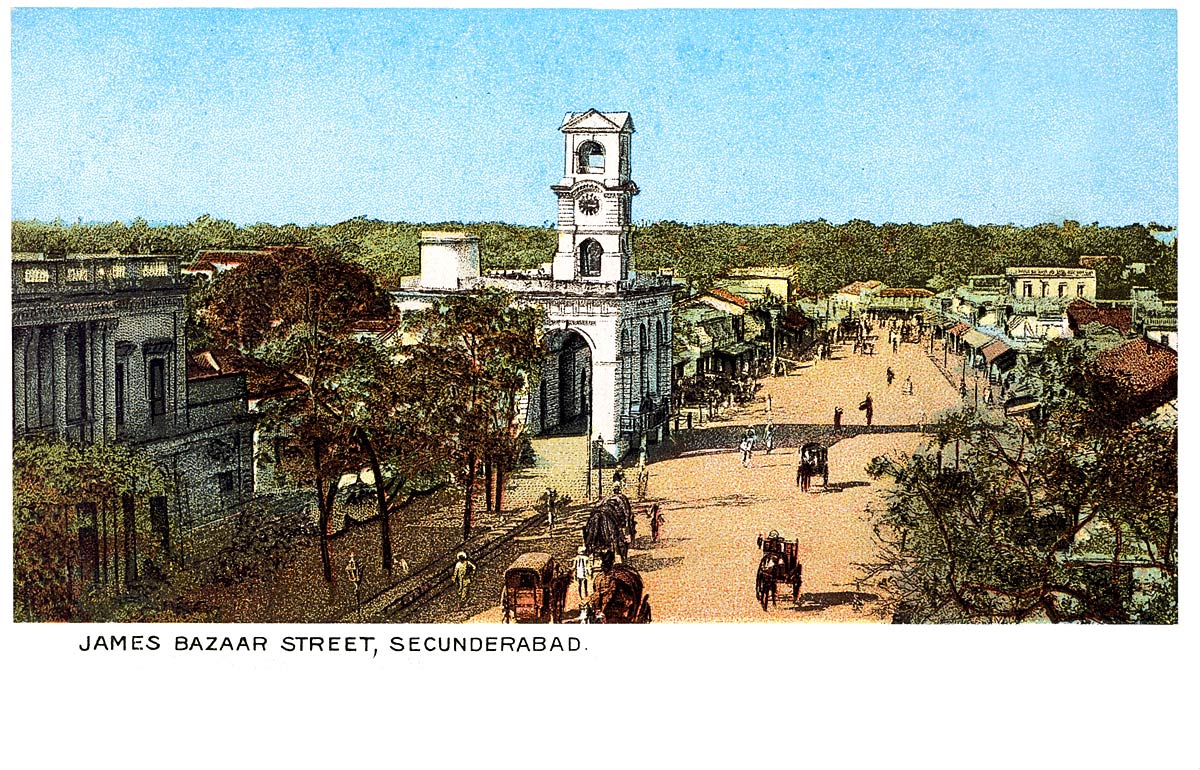 This was a very popular view of what is now MG [Mahatma Gandhi] Road in Secundarabad/Hyderabad. It was named after James Kirkpatrick (1764-1805), the British resident in then Hyderabad State whose marriage to a Muslim noblewoman, Khair-un-Nissa, was so memorably captured in William Dalrymple's White Mughals: love and betrayal in eighteenth-century India.

The large building on the center left is now a police station.