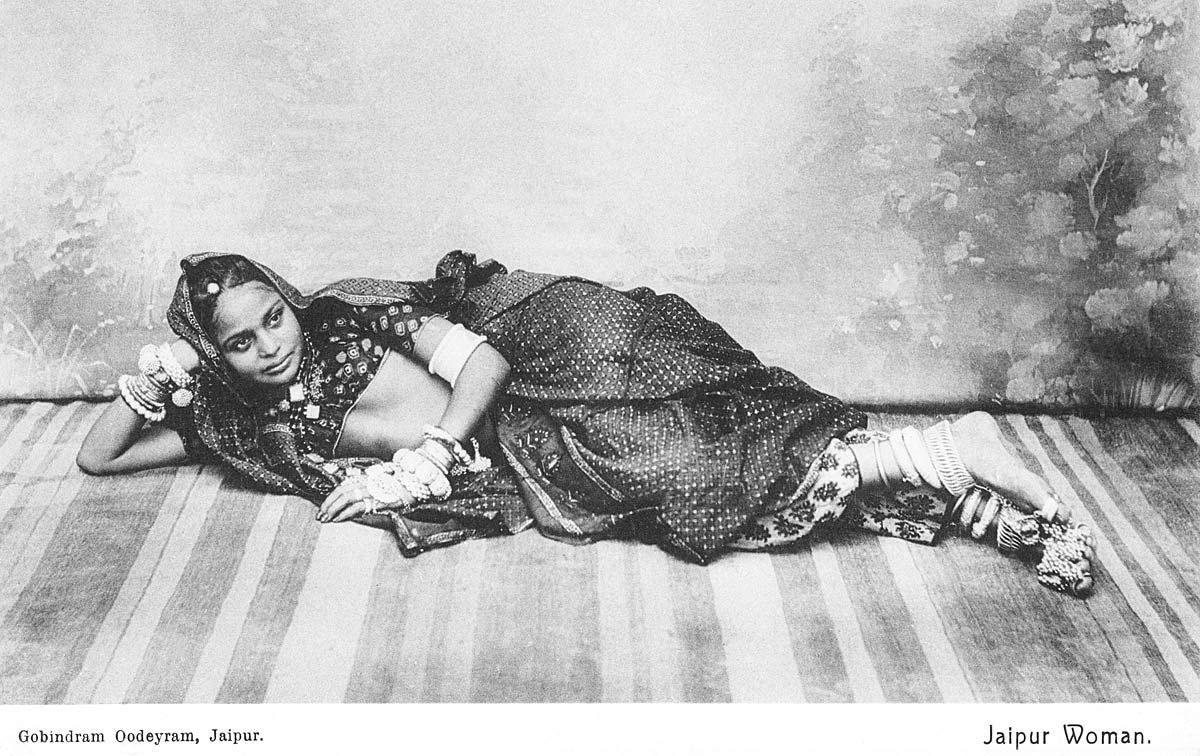 This image of a reclining woman was one of the most popular postcards by the leading early Jaipur photographer and postcard publisher, Gobindram Oodeyram, and was also printed with the title Sleeping Hindu Woman.

Although the image dates from the early part of the century, and the card was probably originally printed around 1905, this one was sent in 1956 to a Miss Ruth Teiser in San Francisco with a typed message on the back: "I've been told that you Americans have an old saying: 'There's always room for one more.' I am hoping this is true of the GP Homecoming. G.O."