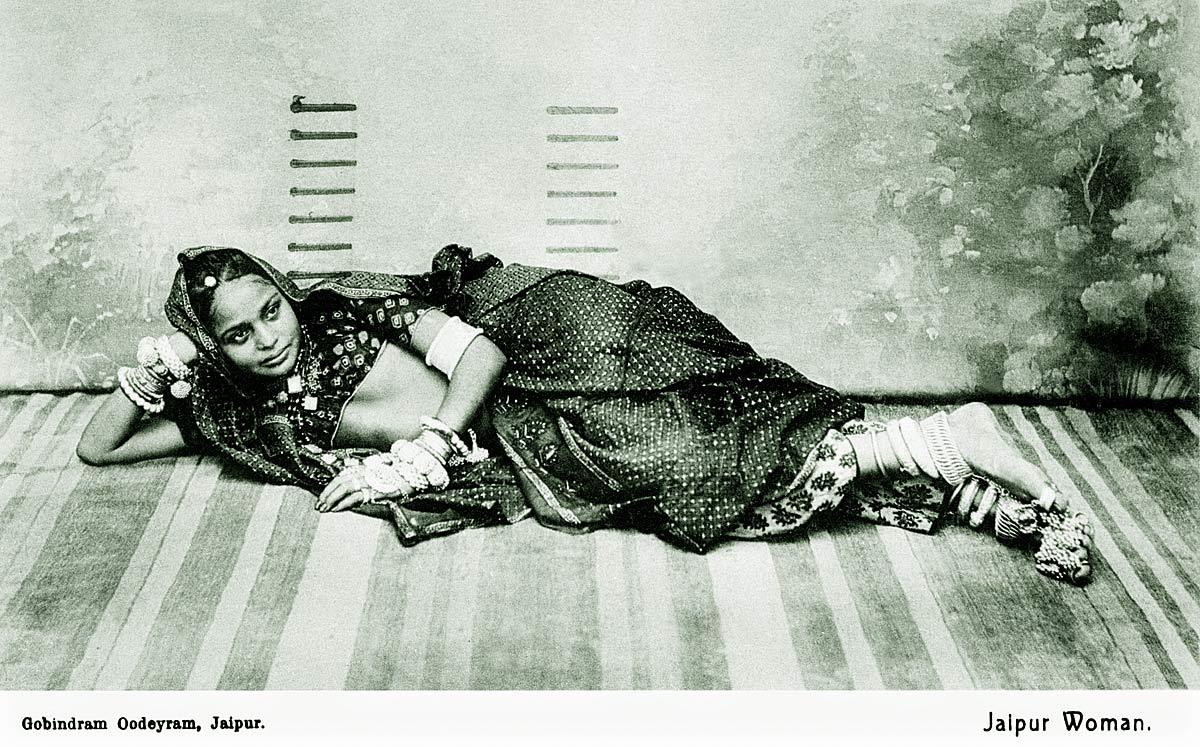 Sometimes also called "Sleeping Hindoo Woman" this postcard was about as risque as they got and was labelled "India circulation" in an album of Gobindram Oodeyram postcards put together by one S. Annlickar in 1905. Shot in the firm's studio (the backdrop is common to many cards) this was a popular card internationally as well.

The lines in the image are from the postmark; one version was sent as late as 1956 to a Miss Ruth Teiser, 932 Vallejo Street, San Francisco, with this typewritten message on the back: "I've been told that you Americans have an old saying 'There's always room for one more.' I'm hoping this is true of the GP Homecoming. G.O."