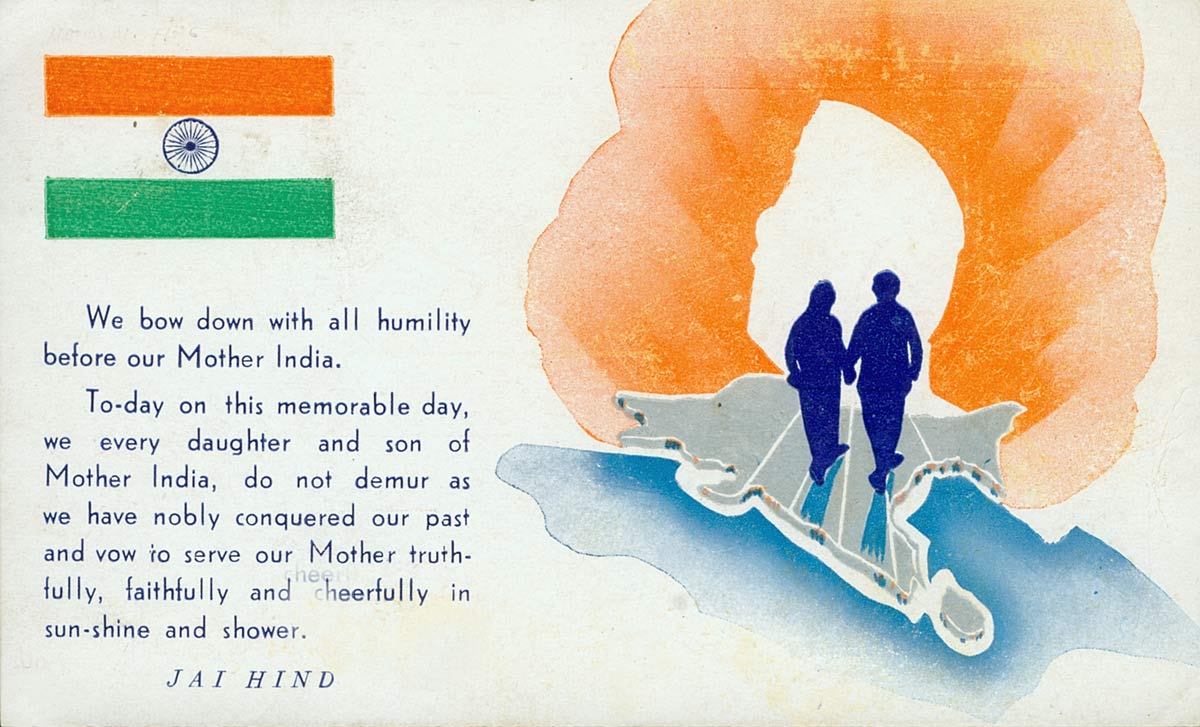 Jai Hind - Hail India - was the slogan for the Indian National Freedom Movement.

[Original Caption] We bow down with all humility before our Mother India. To-day on this memorable day, we every daughter and son of Mother India, do not demur as we have nobly conquered our past and vow to serve our Mother truthfully, faithfully and cheerfully in sun-shine and shower. [back] BANDE MATERAM [end]

The picture shows the Indian tricolor, the Map of free India and the moving of all Indians towards a free, democratic nation. Jai Hind was the official slogan of the great Indian National Freedom struggle led by Mahatma Gandhi. The card is dated 8-15-1947, India's first day of Independence. It was cancelled August 15, 1947 and sent to Mr. Rudolf Stal, Praha 77, (st. Strasnice) Na Klinku 450, Czechoslovakia [now Czech Republic].