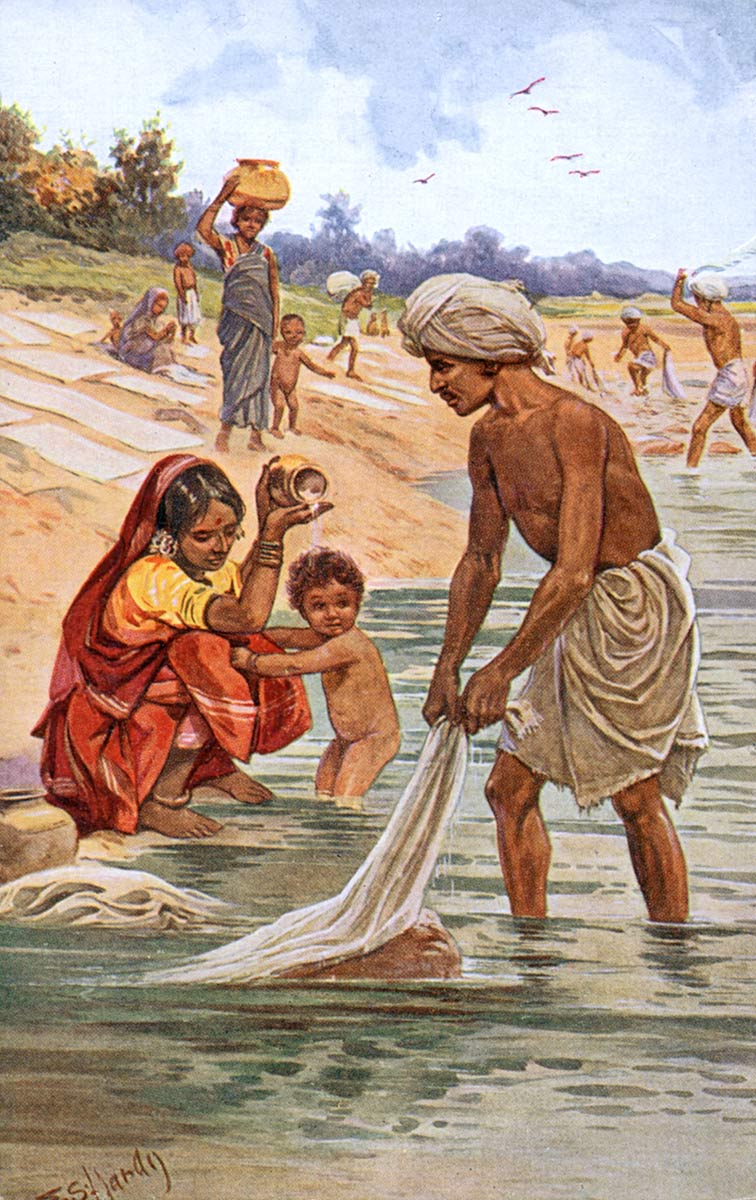 One day was often fixed each week or fortnight for washing a complete household's clothes. The concept of a washing day is said to have reflected a family's social status. It was considered a sign of a family's affluence - did they have enough clothes to wear until the next washing day? Washermen (or dhobis) still adhere to the habit of washing days, albeit without the social connotations.