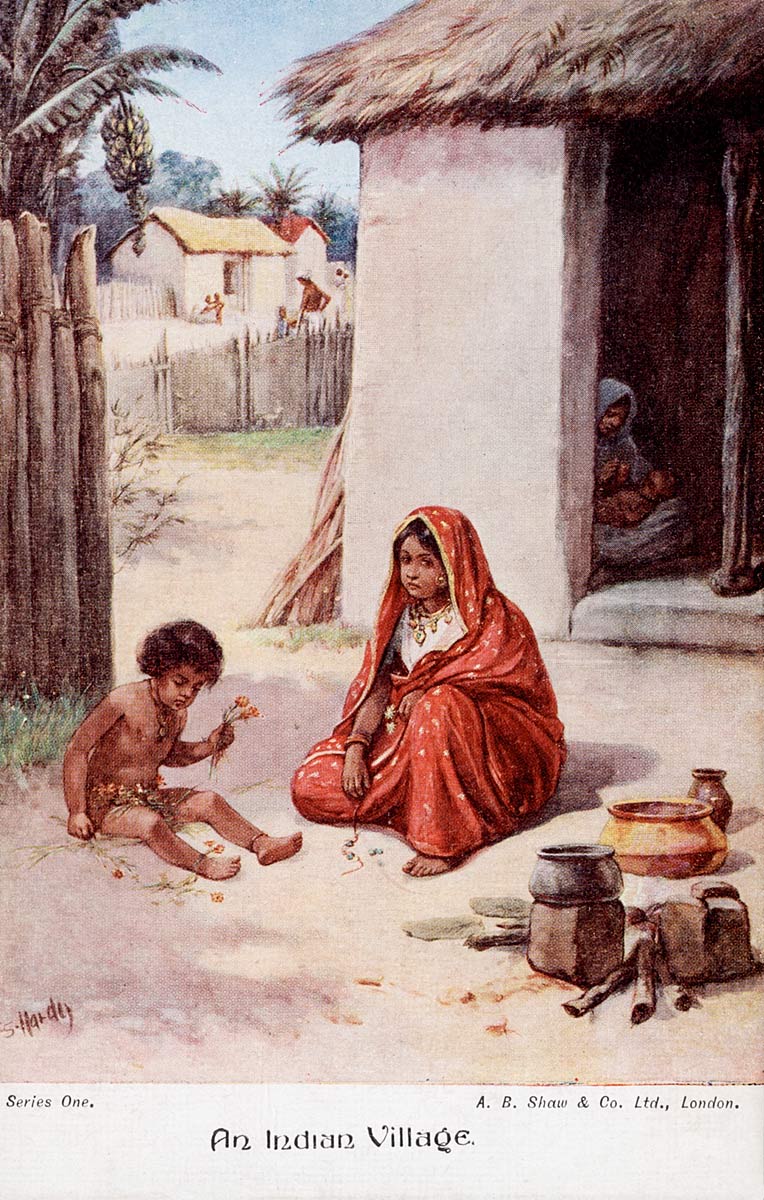 According to the Indian census of 2001, 74% of the population of India lived in 638,365 different villages. The current estimate is more like 2 out of 3 people in India live in villages, still significantly higher than China, estimated at 42%, making India's rural population the largest in the world.

E. Stuart Hardy was a postcard artist who signed a similar set of cards of people in China; A.B. Shaw and Co. published a number of high-quality cards of India in this and various "Child Life" series.