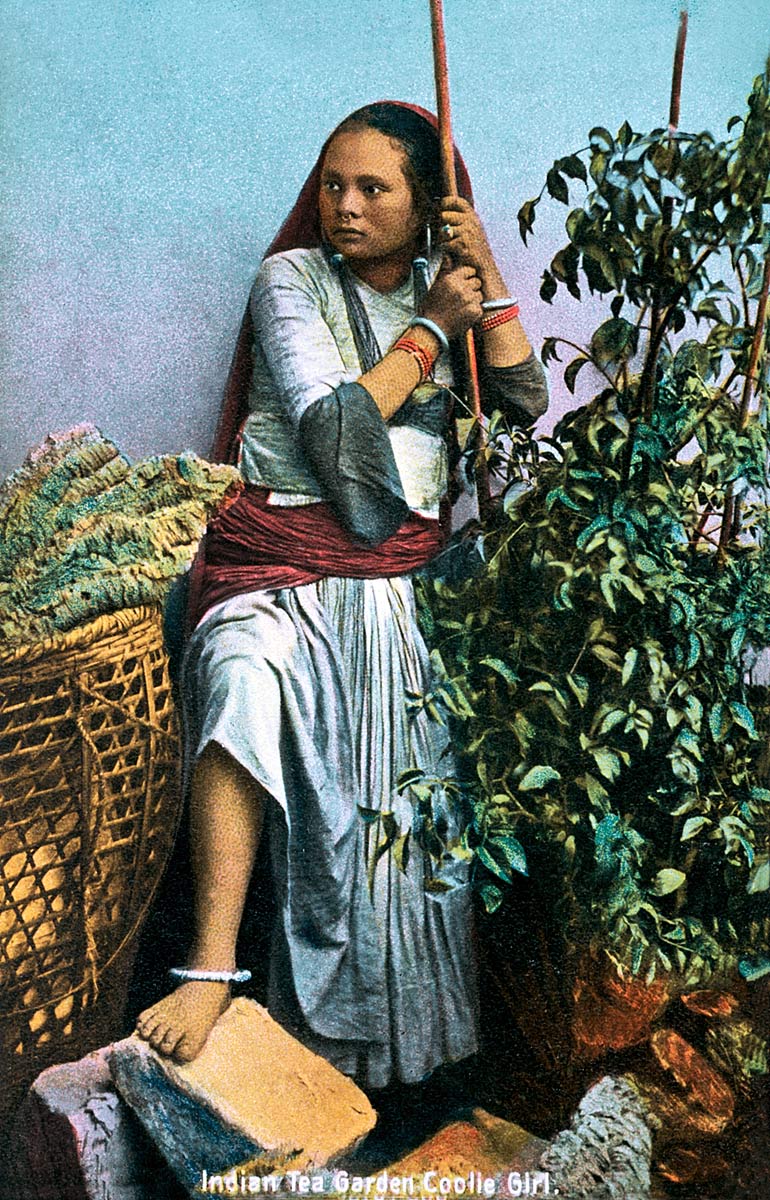 Postcards of the tea industry were popular in the early 20th century and helped spread consumption of the product grown in northeast and South India and Ceylon [Sri Lanka]. Women and children often picked the tea leaves, and this worker, likely from the Darjeeling area, poses much like an actress in a studio, where the original photograph was probably taken.