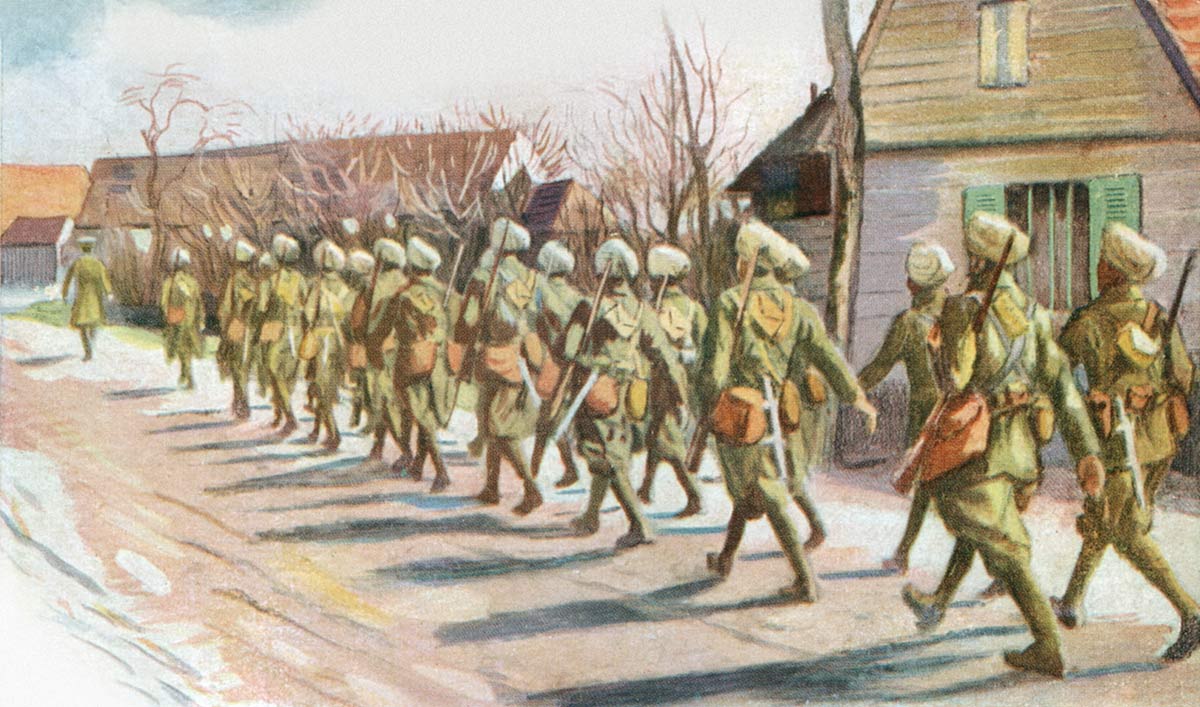 Indian soldiers starting for the front

About 130,000 Indian troops served in France during World War I, and about 9,000 died. These soldiers were revered in France for helping to liberate the country from the Germans. Many of these soldiers came from Punjab province, and many were Sikhs (note the snow on the ground, which might have been new to many of them).

Among the many postcards produced to celebrate the Indian troops, this one stands out for coming from a perfume manufacturer, in this case "Rigaud's Sultan Bouquet Perfume." How perfume and war intersected may be a French mystery.