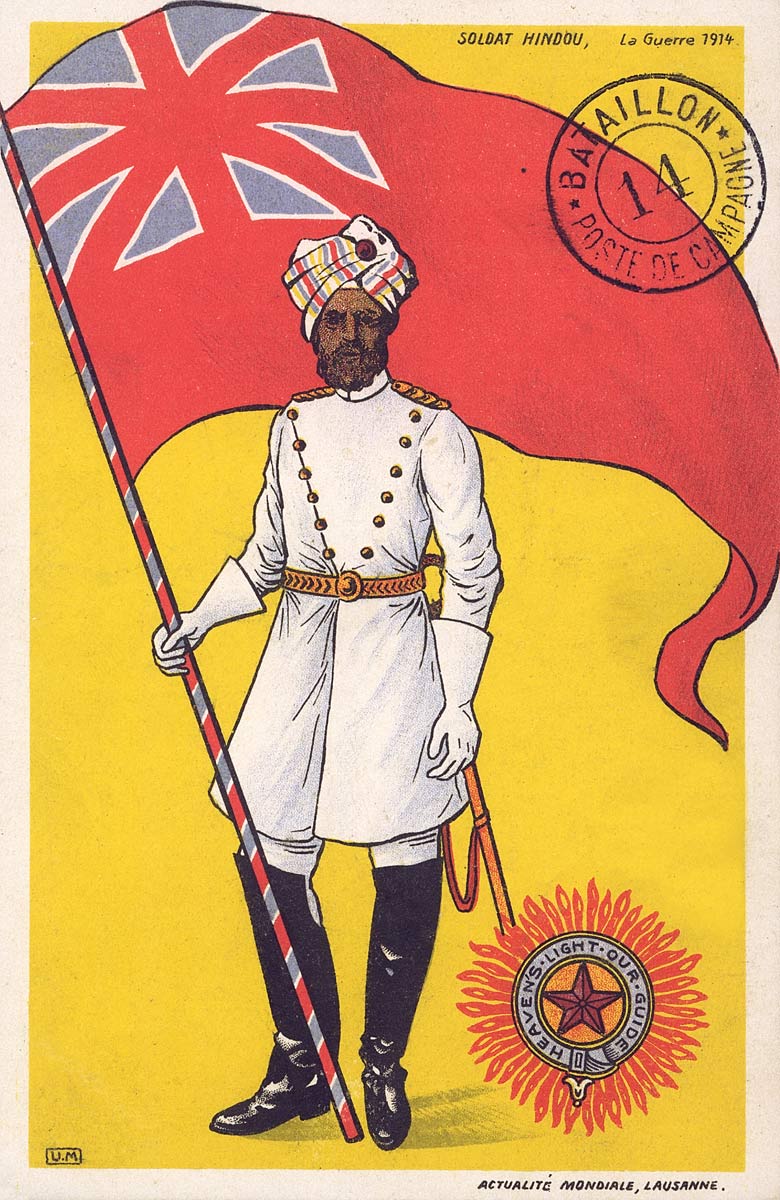 A beautiful lithographic postcard celebrating an Indian soldier in World War I. Published in Lausanne, Switzerland, its design is exquisite: the flag just breaks the white border in a field of red, and features a faux postmark from the campaign. The sleek soldier's white uniform and black boots offer tempered contrast to the red and yellow, while the soldier's brown face fits perfectly under the flag pattern and is topped with a white turban. On the right, below, is the Star of India emblem. French-speaking Europeans in particular used postcards to celebrate and thank the hundreds of thousands of Indian troops who fought in the Allied side in World War I, many of whom came from Punjab.

[Original French] Soldat Hindou, La Guerre 1914 [end]. Note that in French, Hindu was often used as a synonym for Indian.