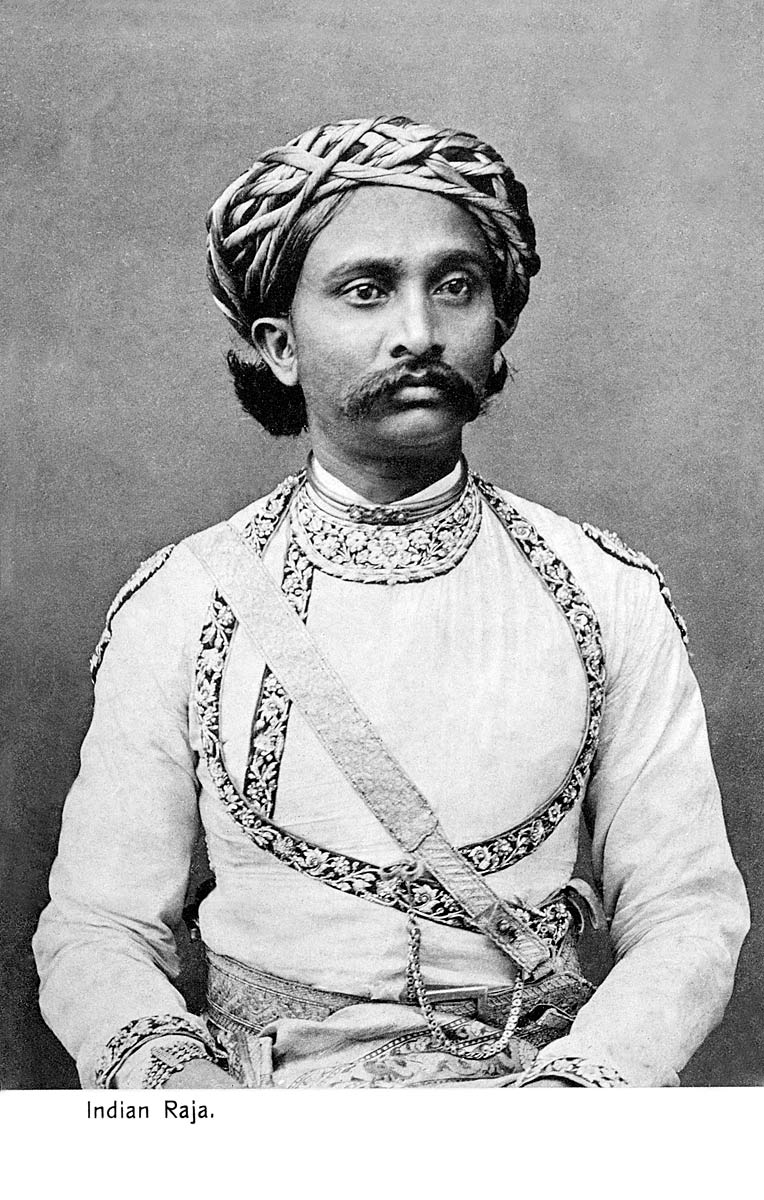 "RAJA, RAJAH , s. Skt. rājā, 'king.' The word is still used in this sense, but titles have a tendency to degenerate, and this one is applied to many humbler dignitaries, petty chiefs, or large Zemindars. It is also now a title of nobility conferred by the British Government, as it was by their Mahommedan predecessors, on Hindus, as Nawāb is upon Moslem. Rāī, Rāo, Rānā, Rāwal, Rāya (in S. India), are other forms which the word has taken in vernacular dialects or particular applications. The word spread with Hindu civilisation to the eastward, and survives in the titles of Indo-Chinese sovereigns, and in those of Malay and Javanese chiefs and princes.

"It is curious that the term Rājā cannot be traced, so far as we know, in any of the Greek or Latin references to India, unless the very questionable instance of Pliny's Rachias be an exception. In early Mahommedan writers the now less usual, but still Indian, forms Rāō and Rāī, are those which we find. (Ibn Batuta, it will be seen, regards the words for king in India and in Spain as identical, in which he is fundamentally right.) Among the English vulgarisms of the 18th century again we sometimes find the word barbarised into Roger" (Hobson-Jobson, 1903, p. 754)