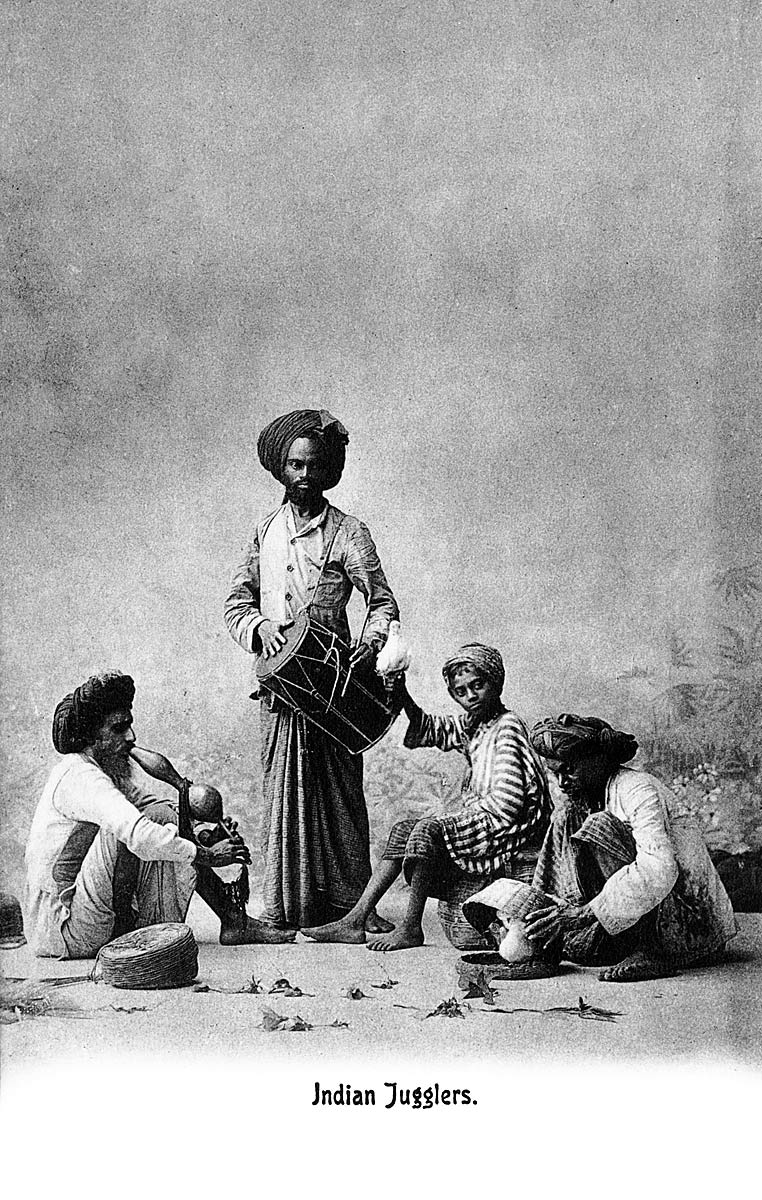 In her absorbing and little known memoir At home in India ; or Tâza-be-Tâza (1903), Mrs. Margaretta Catherine Reynolds wrote in the section Indian Jugglers "It was in the verandah of the Bishop’s Palace, that I first witnessed the wonderful basket trick of the Indian juggler, a trick of which every one has heard, and which has since been emulated by many a Houdin of European reputation. But their performances are not so marvellous as those of Rujub, for they have all the appliances of science to aid them if necessary, while the Indian juggler has absolutely nothing at his command. In this instance the performance took place in the wide verandah of the Bishop’s Palace, which certainly had not been prepared beforehand. The audience consisted of the Free School, (East Indian girls), to whom Miss Milman was giving an afternoon treat. These children sat on the ground in rows, forming a wide semicircle, the circle being completed by the seats of Miss Milman and several friends. The juggler was then introduced, and commenced by showing some clever, ordinary sleight of hand tricks. He then took some cotton wool, and after tearing it to shreds, placed it in his mouth, first showing us that the mouth was previously empty. He apparently chewed the wool for a few seconds, and proceeded to draw from between his lips many yards of scarlet threads. To this succeeded a huge pebble, and sundry large nails."

Incidentally, the full story of jugglers in the subcontinent is told in the excellent recent book by John Zubrzycki, Jadoowallahs, Jugglers and Jinns (Picador India, 2018).