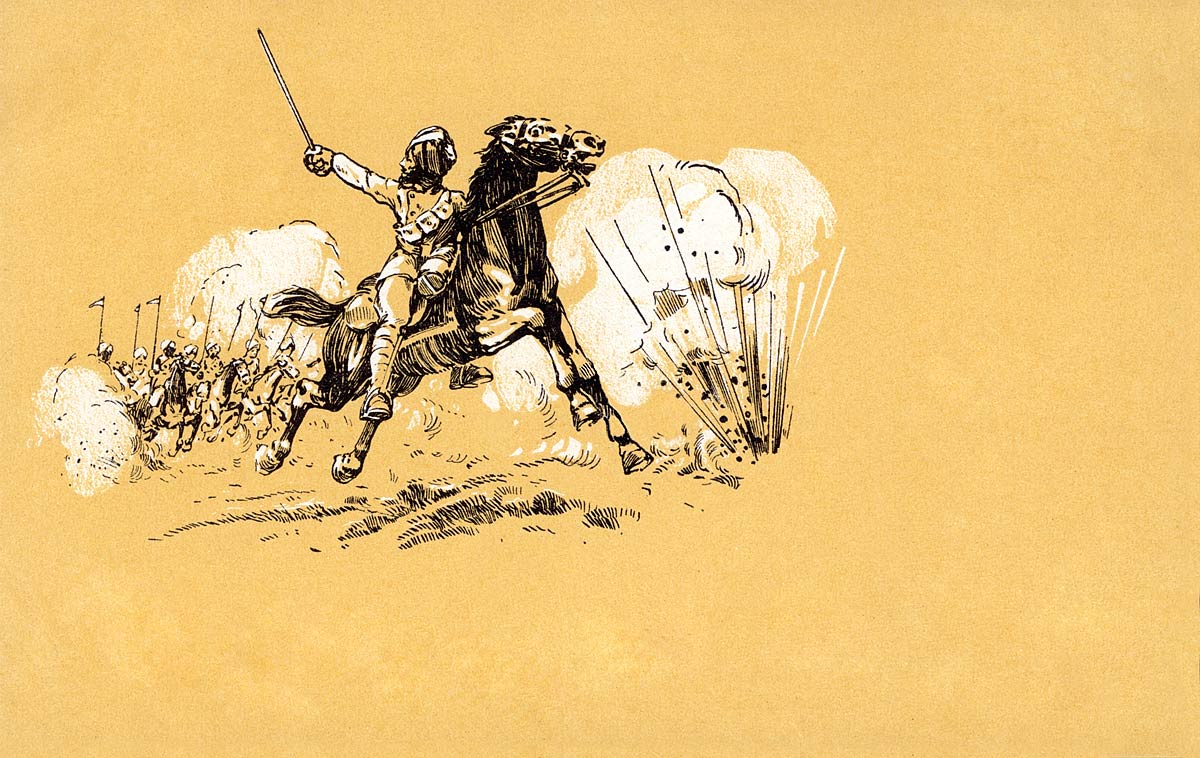 An early advertising card for the West End Watch Co. in Bombay (373 Hornby Road) and Calcutta (14 Dalhousie Square), produced by a famous Swiss printing house. It shows an Indian army regiment in action, perhaps one of those active on the frontier with Afghanistan towards the end of the 19th century often celebrated in newspapers. Indeed, at the beginning of the 20th century the firm launched a watch, "the Sowar - the cavalryman - named after one of the elite troops of the Indian army" (Wikipedia); they also are said to have provided some free watches to Indian army troops in World War I. Interestingly, both companies survive, with Orell Fussli still producing banknotes, and the West End Watch Co., originally a Swiss company and after various re-organizations, remains active in Southeast Asia, China, Nepal and Bhutan.