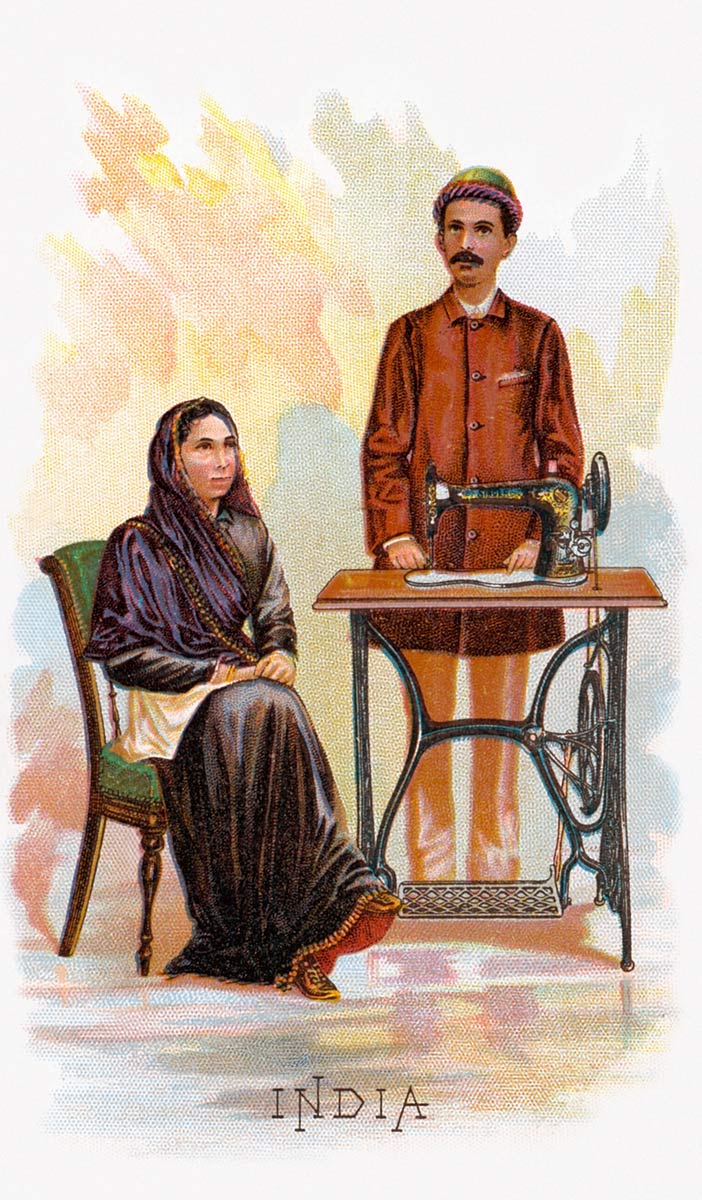 This 1892 Singer Manufacturing Co. advertising card for its sewing machines is probably the very first postcard of India, even if technically it was an ad card and not meant to be mailed with a stamp and address visible on the back.

[Original caption] An Extensive Empire of the British Crown, consisting of the Great Southern Penninsula of southern Asia, and a narrow strip along the east side of the Bay of Bengal. It is bounded north by the Himalaya mountains, west by a mountain range, east by parallel offshoots from the opposite extremity of of the Himalayas, and on the other side by the Indian Ocean. The surface of the country is extremely diversified. It has the highest mountain peak (Mt. Everest) in the world, thee Ganges River - wonderful for its annual innundations of the Gangetic plain. There is great diversity of race and language; in Upper India the inhabitants are of the Indo-European stock, with a language and roots to the Sanscrit. The religions are Mohammedanism and Brahmanism. The Aboriginal races have no literature. The governing races are of the Arabic, Brahmanical and Persian stock. Under British rule India is making rapid strides in modern civilization. Our picture represents the Singer Manufacturing Company's native employees in their usual costume. The Singer Sewing Machine has been a factor in helping people of India toward a better civilization for nearly twenty years, and thousands of them are in use. [end]

Singer continues to be one of the leading brands for sewing machines in India even today; until a decade or two ago, a Singer sewing machine was a cherished part of a woman's dowry in many parts of India and Pakistan.