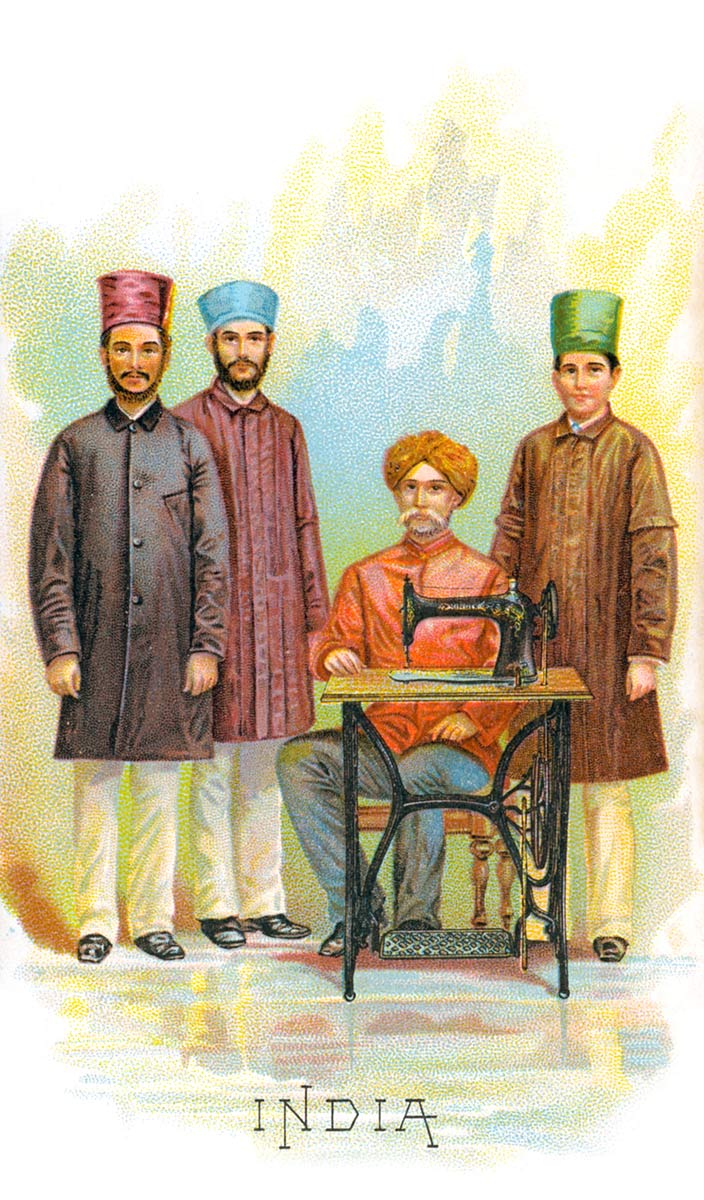 Postcards actually developed in part from advertising cards. In 1893, the year this card was first distributed in bulk at the World's Columbian Exhibition in Chicago postal regulations started making it easier to send illustrated postcards through the mail. In a handful years, they would become ubiquitous, with literally billions produced annually. It is likely that this card shows the Nusserwanji Merwanji Patel, the Singer country agent in Bombay who played a major role in the success that Singer would have with its sewing machines in India.

[Original caption] An Extensive Empire of the British Crown, consisting of the Great Southern Penninsula of southern Asia, and a narrow strip along the east side of the Bay of Bengal. It is bounded north by the Himalaya mountains, west by a mountain range, east by parallel offshoots from the opposite extremity of of the Himalayas, and on the other side by the Indian Ocean. The surface of the country is extremely diversified. It has the highest mountain peak (Mt. Everest) in the world, the Ganges River - wonderful for its annual innundations of the Gangetic plain. There is great diversity of race and language; in Upper India the inhabitants are of the Indo-European stock, with a language and roots to the Sanscrit. The religions are Mohammedanism and Brahmanism. The Aboriginal races have no literature. The governing races are of the Arabic, Brahmanical and Persian stock. Under British rule India is making rapid strides in modern civilization. Our picture represents the Singer Manufacturing Company's native employees in their usual costume. The Singer Sewing Machine has been a factor in helping people of India toward a better civilization for nearly twenty years, and thousands of them are in use. [end]