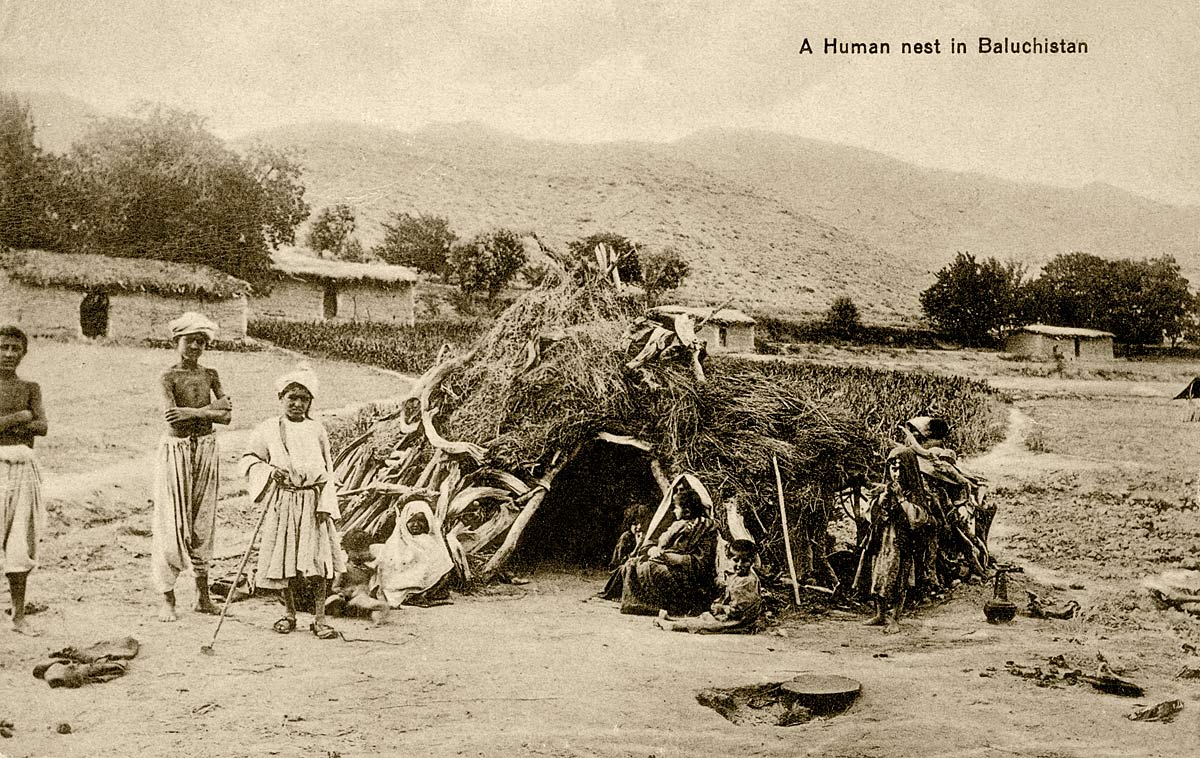 A Human nest in Baluchistan

This odd twist of phrase was used by another firm in Quetta, Fred Bremner, on a postcard which he titled "A Human Nest," (Pathan Woman & Child). This suggests that putting Balochistan's residents on the margins of the human race was not uncommon. A later version of the postcard by Mullick Brothers may have shown some progress – it was called After Their Days Work, Baluchis Tribe.