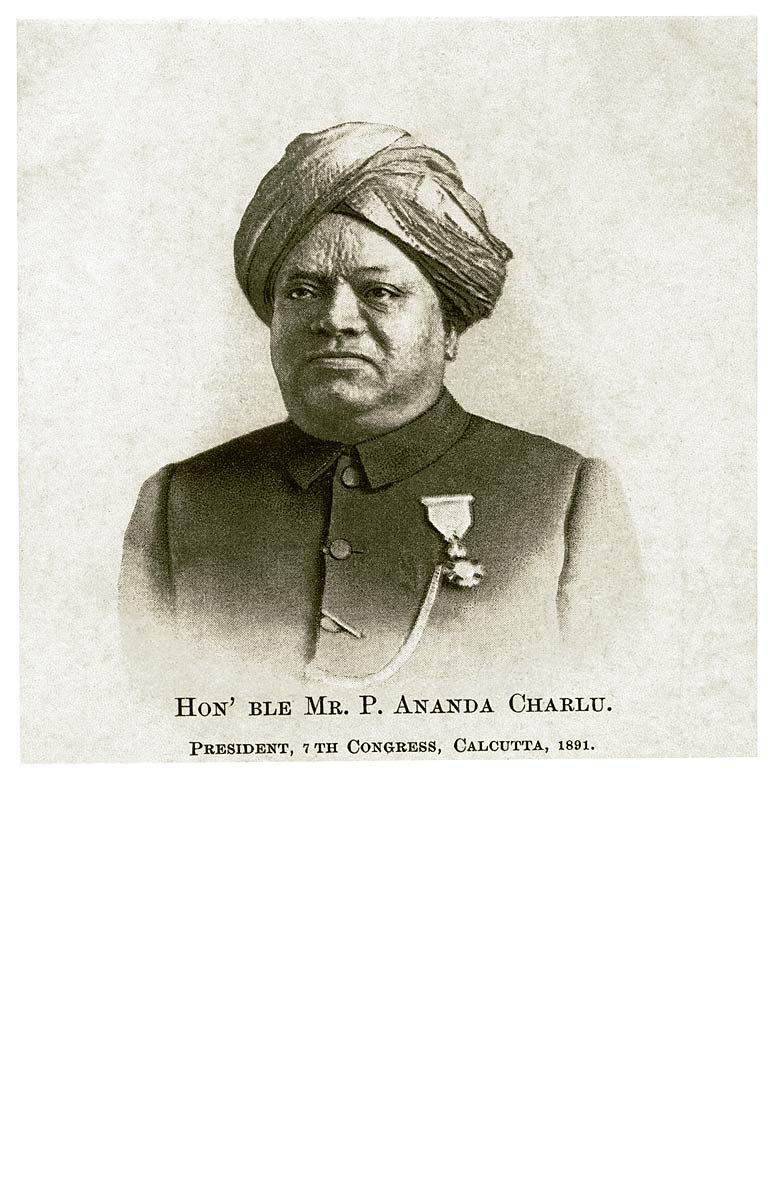 Much of the initial Independence struggle was peaceful, led by often hardly remembered Anglicized lawyers like Mr. P. Ananda Charlu, President of the 7th Congress meeting held in Calcutta in 1891, barely 6 years after the party was founded by the British lawyer Sir Alan Octavian Hume among others. A Brahmin from near Hyderabad, he settled in Chennai where he strove for Hindu–Muslim cooperation, also characteristic of the early days of the freedom struggle.