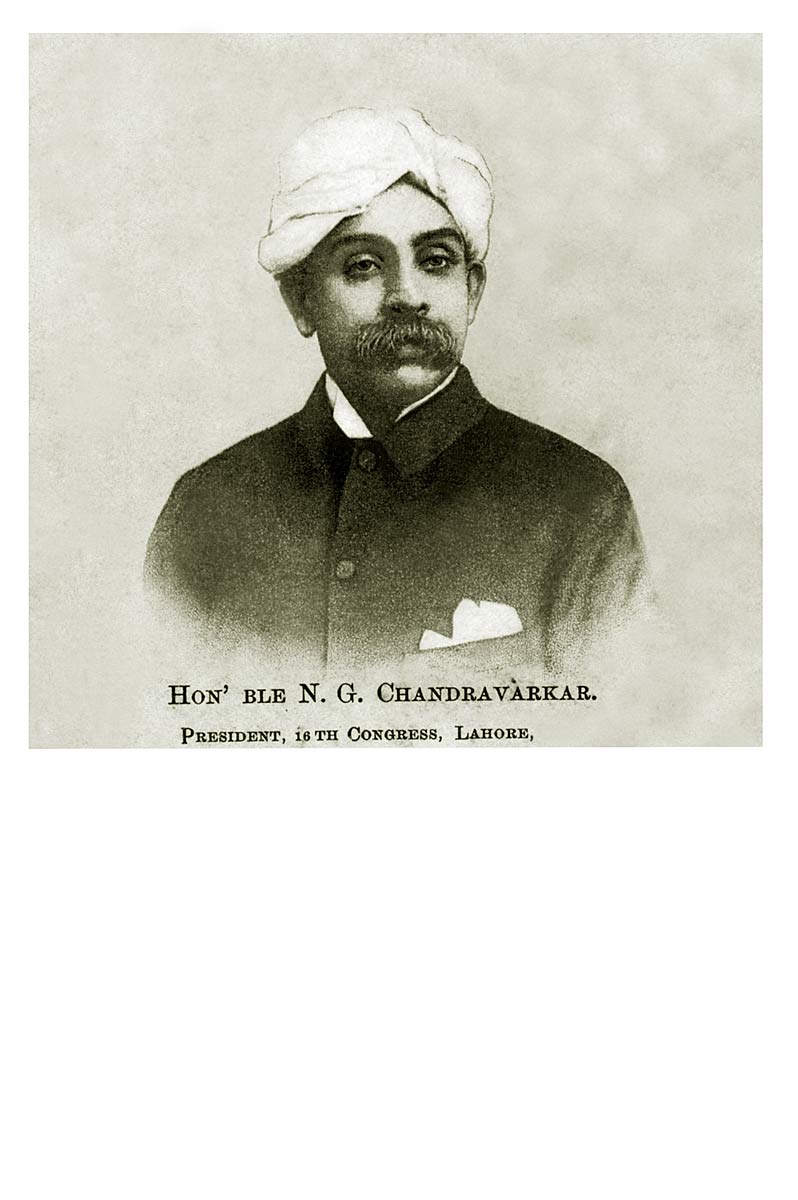 Sir Narayan Ganesh Chandavarkar, an early Hindu reformer and political leader, was born in Karnataka in 1855. He later became vice-chancellor of the University of Bombay where he spent most of his life working as a Justice, activist and reformer. He was also active in the Royal Asiatic Society of Bombay, where he served as a Vice-President, and where "in the rooms of the Society European and native gentlemen were brought into contact in an informal way," as a retiring President Justice Candy once remarked in response to a farewell laudatory by Chandavarkar (Times of India, March 10, 1903).

An early political postcard by an unknown publisher whose landscapes from the series are lithographs but whose images of Congress leaders seem to be based on photographs that reveal the dots of a halftone process that may have been merged with lithography.