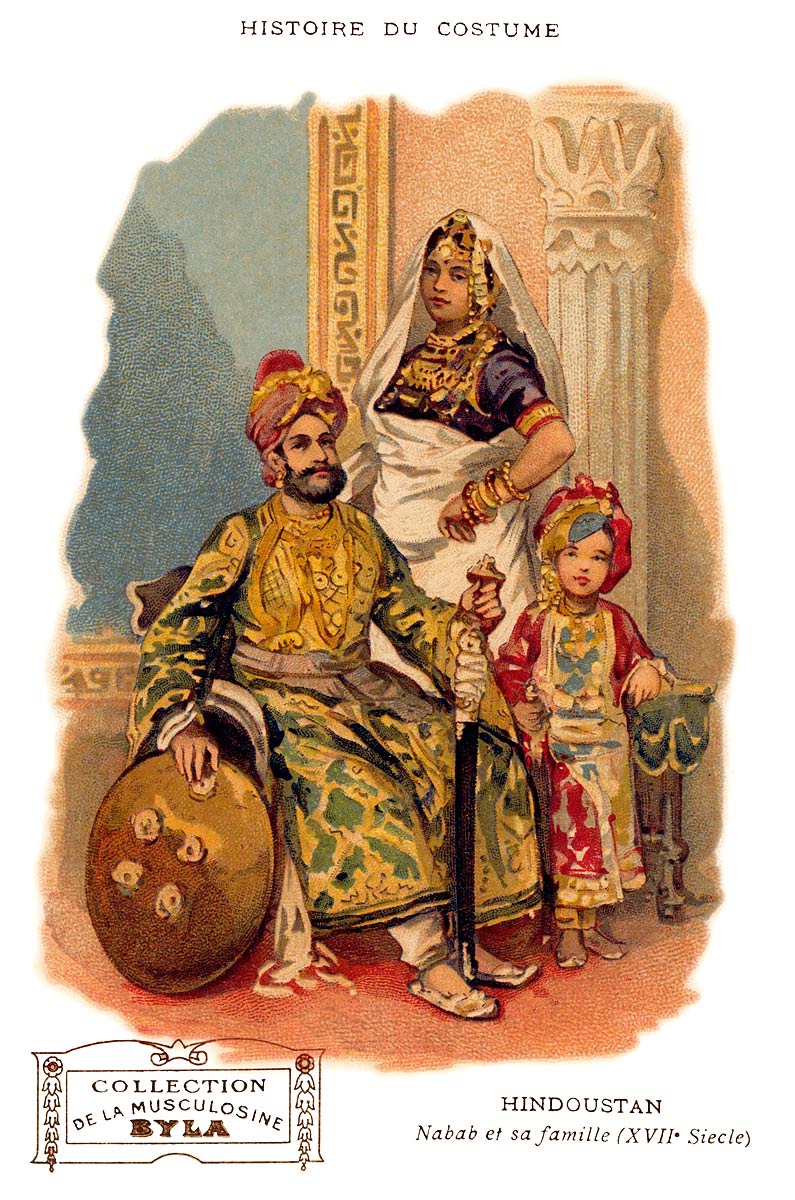 Many of the earliest postcards were actually advertising cards, given the expense of producing lithographic cards like this French view of a 17th century Nawab and son. The woman in the back holds a nautch girl's pose. Byla, the publisher, used the card to advertise its exclusive branded extract, made from cow muscles, and used in the treatment of anemia, neurasthenia (an ill-defined medical condition characterized by lassitude, fatigue, headache, and irritability) and all consumptive diseases (like tuberculosis) – this as part of a larger series on the History of Fashion.