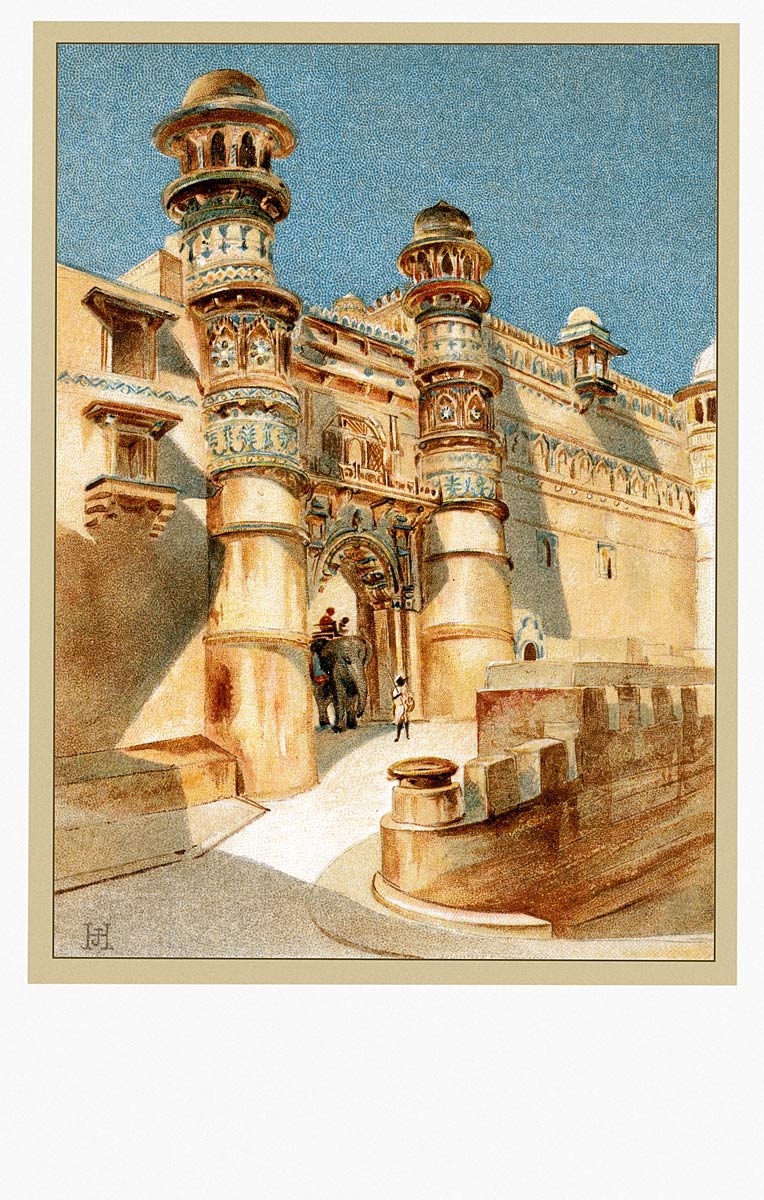 The highest gate in the Fort of Gwalior

This image is from a painting by Josef Hoffmann, an Austrian painter and early postcard artist who traveled to India in the mid-1890s. Firmly dateable to 1898 it is among the earliest artist-signed postcards of India and probably of this Gateway as well.

Raja Man Singh Tomar built the Gwalior Fort in the 15th century. It covers three square kilometers and has a boundary of enormously thick walls made of sandstone. The fort complex has six palaces, three temples and several water tanks within it.

One owner of the card scrawled on the front: "A fortified and walled city in N.W. [North West] India."