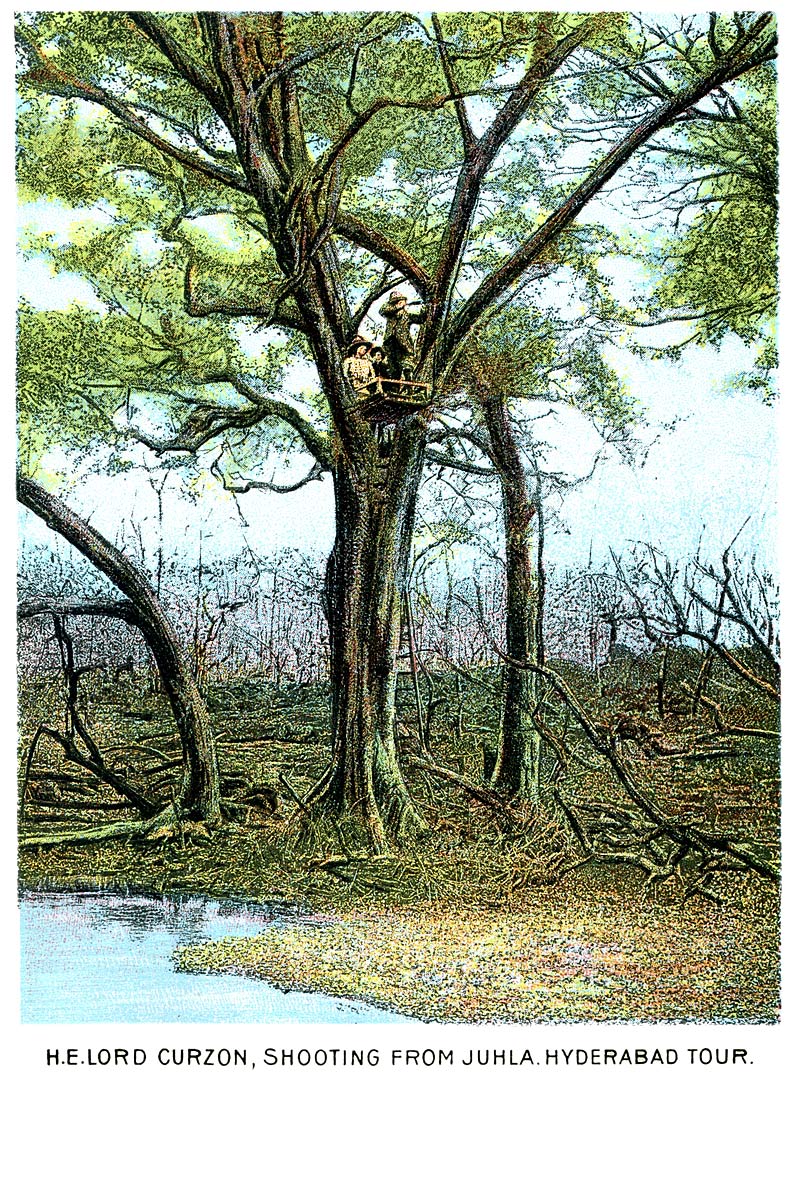 Lord Curzon (1859-1925) served as the Viceroy of India for six years (1899-1905). His wife Mary Curzon, also shown in the juhla, wrote in her diaries about one incident that stayed with her from the Hyderabad tour in 1902: “Captain Wigram fired as it [the tiger] came on, but the beast was too near the man to take aim, and with a wild leap the tiger bounded on the man, and as he and the man went down I saw the great jaws close on the back of the man’s head. I said to George [Lord Curzon], ‘The tiger has killed a man’, but he had not seen it and said ‘I think you are mistaken’. In the mean time four seconds were passing while both beast and man were in sickening silence behind a rock. Then back came the tiger, slowly trotting" (Bradley, John Ed., Lady Curzon’s India Letters of a Vicereine, Beaufort Books New York, 1985, p. 142).