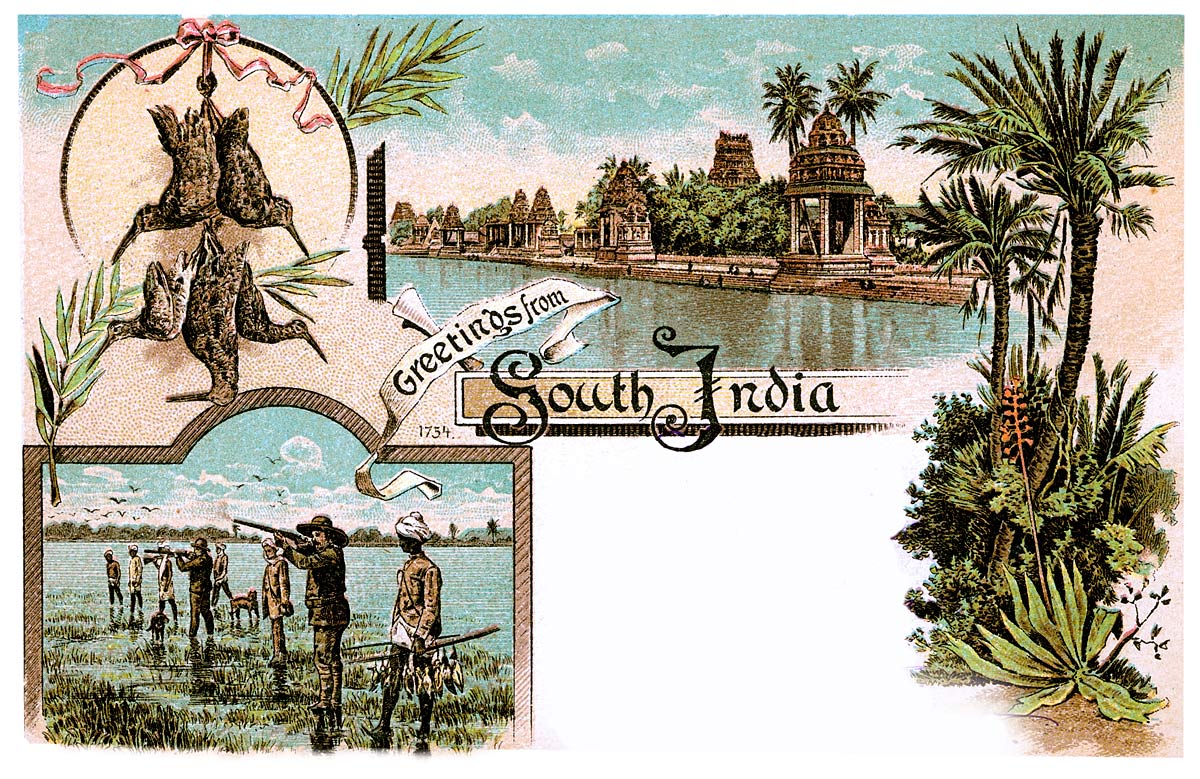 One of the earliest roughly dateable postcards of India, made by a German firm that soon seems to have vanished from history. It probably dates to 1896, when a similar card of Haiti was made (see Haiti's First Postcard by Peter. C. Jeannopoulus in postcard Collector, January 1999, Vol. 17, No. 1, p. 91). That card is considered the earliest known postcard published of that country. The "Greetings from" line was the preamble to illustrated postcards. Assuming that the India card was made at the same time, this could date it to 1896. Other dated India "Greetings from" postcards like by the Kolkata photographer Werner Roessler go back to January 1897, so this would be reasonable.