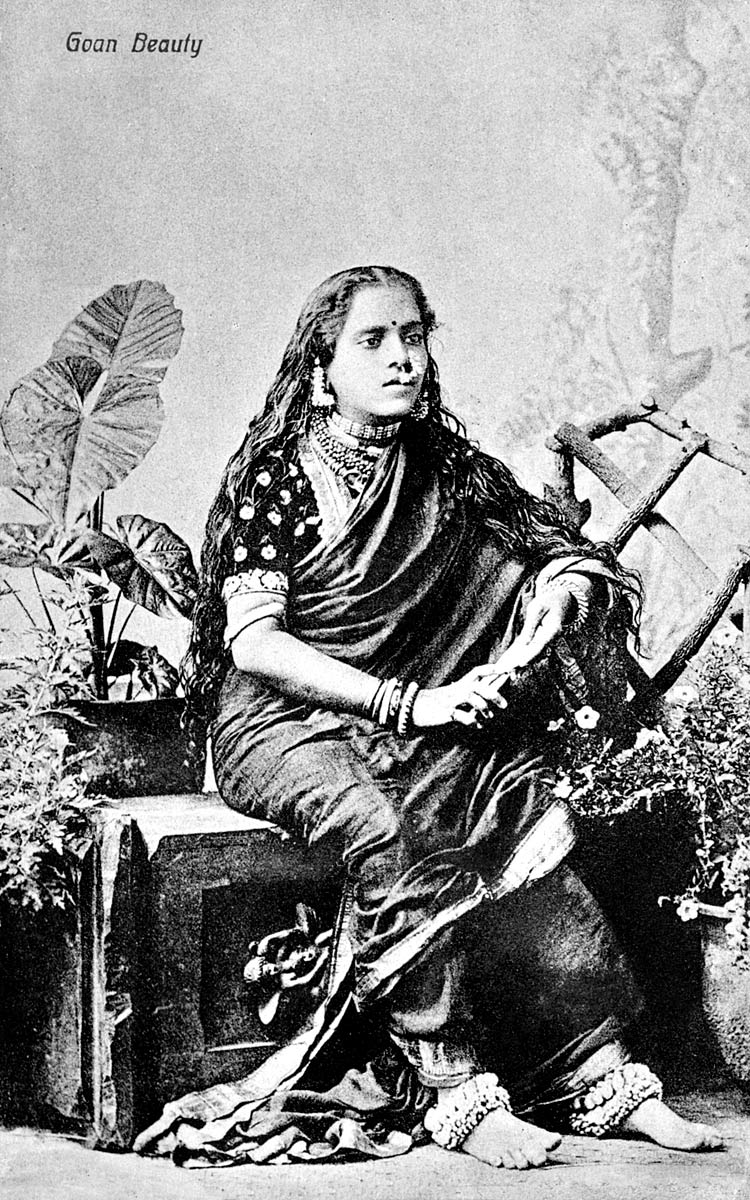 Most likely a dancer given her anklets, Goa, as a Portuguese Colony, was not well-represented in British Indian postcards. "More than half the Indian population are Christian descendants of Hindus converted by the Jesuits and other religious orders," according to Murrays Handbook for Travellers in India (1938, p. 543). "With Vasco da Gama (1524) there came to Goa members of the Portuguese nobility, whose descendants are still living in Goa."