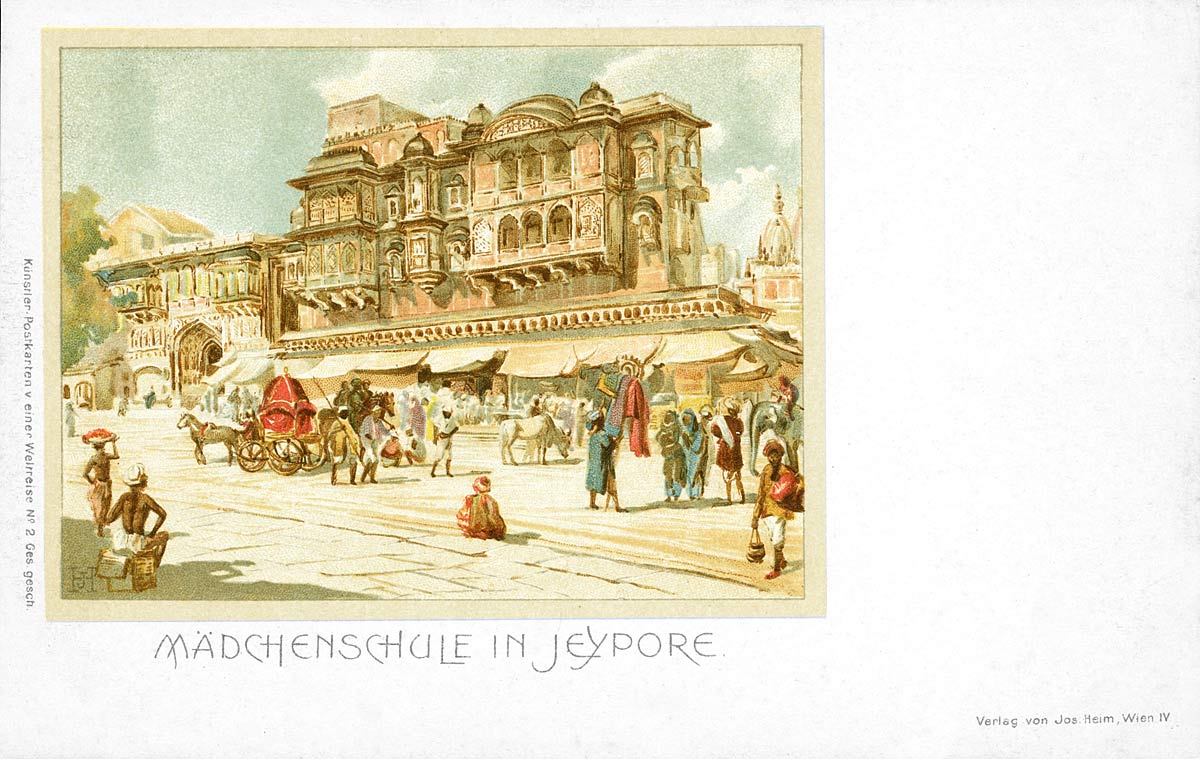 This image was made by the Austrian landscape painter Josef Hoffman who toured India and Persia in the 1890s. Whether it was originally a painting, or only a lithograph published in 1898 when Hoffman became involved in the early production of postcards in his home city of Vienna is unclear.

Postmarked Salzburg, Austria in 1899 to Miss Karolia Ziegler in Salzburg. [Recto, translated from German] “Dearest Lina. Many thanks for the card you sent me. Made me happy that you have not completely forgotten me. Hopefully you and your parents and sister are doing well. I don’t know if you will like this card. Finally many greetings from Marie Neubauer as well, and she too greets your parents and your sister."