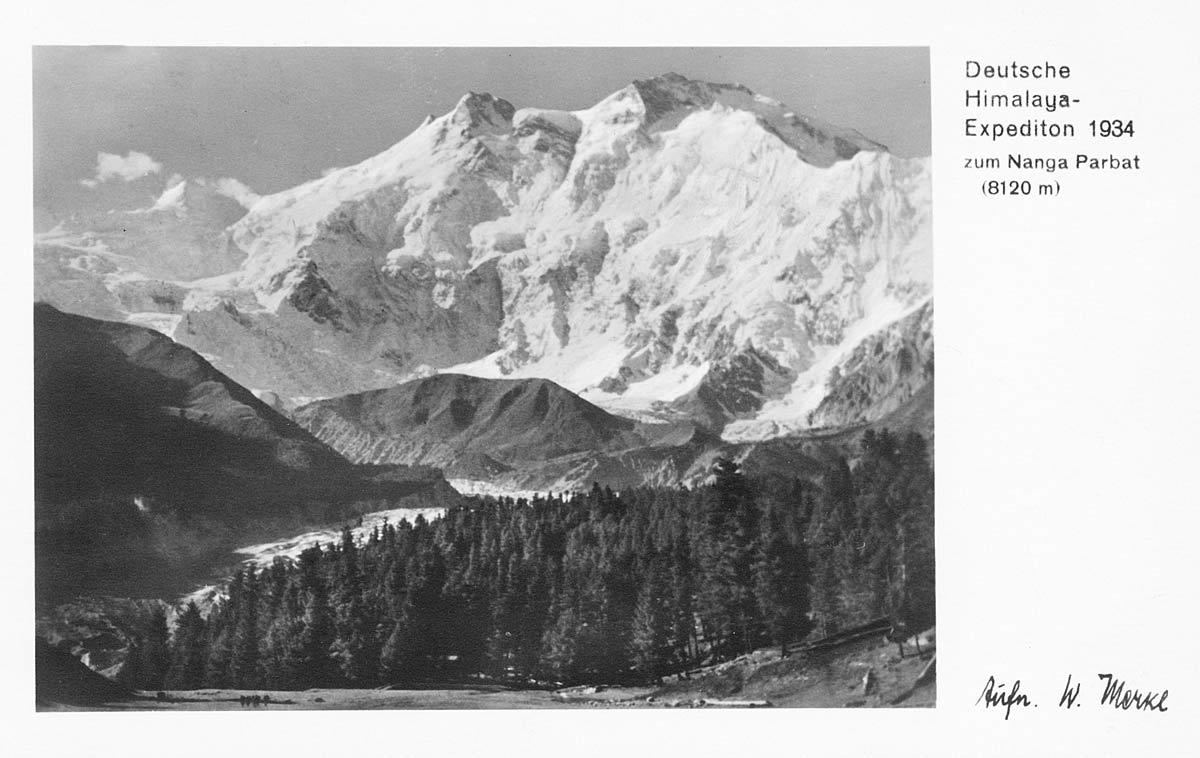 Signed in print by the expedition's leader, Willy Merkl. The cancellation on the back, on January 17, 1932 is from “Munchen, Hauptstadt der Bewegung” by which is meant Munich’s role in the origins of the Nazi movement during the Beer Putsch in 1923. Climbing the world's highest mountains was part of the Nazi ethos. A lot was staked at the time on climbing Nanga Parbat [Naked Mountain], the 9th highest peak in the world, which the British had not managed. This postcard was part of the expedition's fundraising and publicity effort. The 1934 expedition actually led to disaster, with Merkl and a number of Sherpas killed, as did another German expedition in 1937. (Nanga Parbat was first climbed by the Austrian Herman Buhl in 1953.)

Addressed to Ilse Unfug, Ingolstadt [Germany], Kupferstr. 3 II. [in English translation from German]:
“Pasing [Rasing?] 17.1.1932, Dear Ilse, For your birthday tomorrow, we send you our Best Wishes and Blessings. May the heavens grant your parents recovery on this day. In response to your New Years greetings we send you best wishes and many thanks. These days dear Karl is here with us. This way the kids are occupied again. How are your father and mother? Hopefully better. Have you heard any news from Grandpa Rosenhem (included above). News? One again all the best and
best wishes to your father and mother and best wishes for recovery. Yours thankfully [unclear] Jettel, Karl, Helga and Kurti.