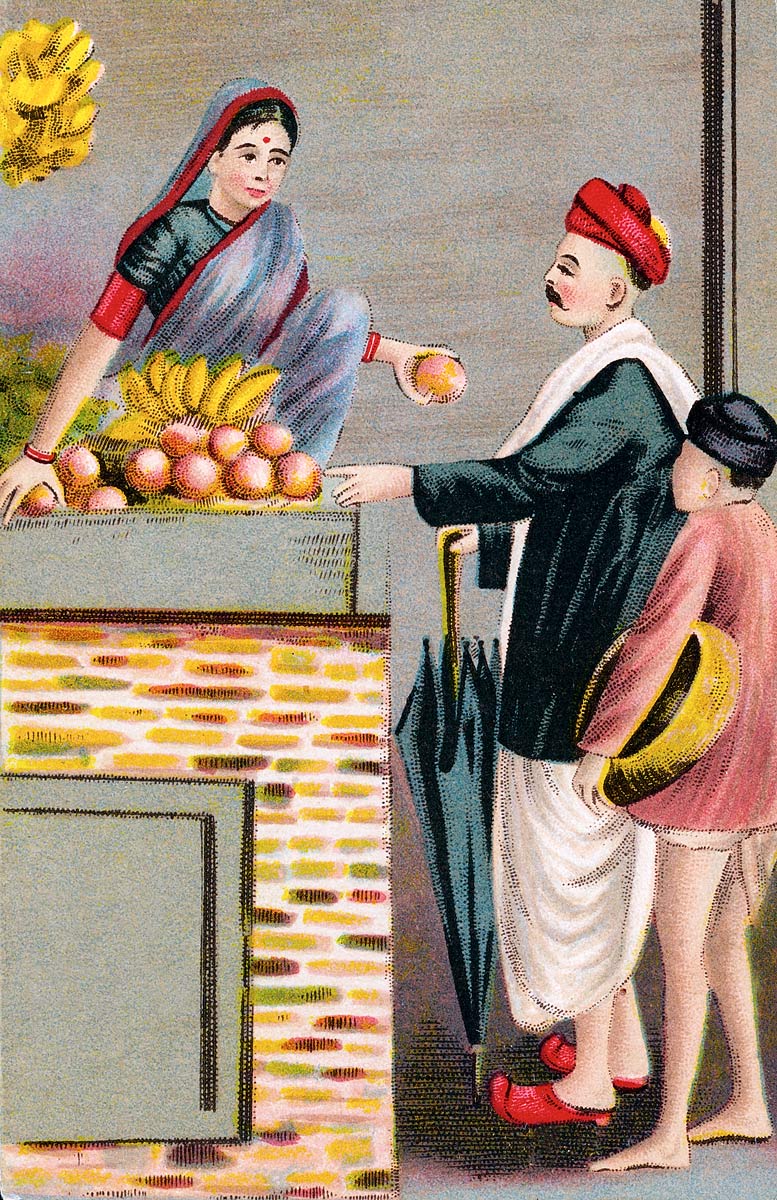 The Chitra Shala Press in Pune was one of the first and most prominent 19th century printers in India, and an early pioneer of lithographic printing in the subcontinent, known for their wall-size prints of Hindu religious scenes, playing cards and other materials. Their postcards are rarely found abroad and were largely made for local audiences.

India is believed to be the land where the mango, bitter gourd, turmeric and neem originated; seasonal fruits like bananas, grapes, guavas, apples and pineapples are popular domestically and abroad; fruits in general play a significant role in the ancient science of Ayurvedic medicine.