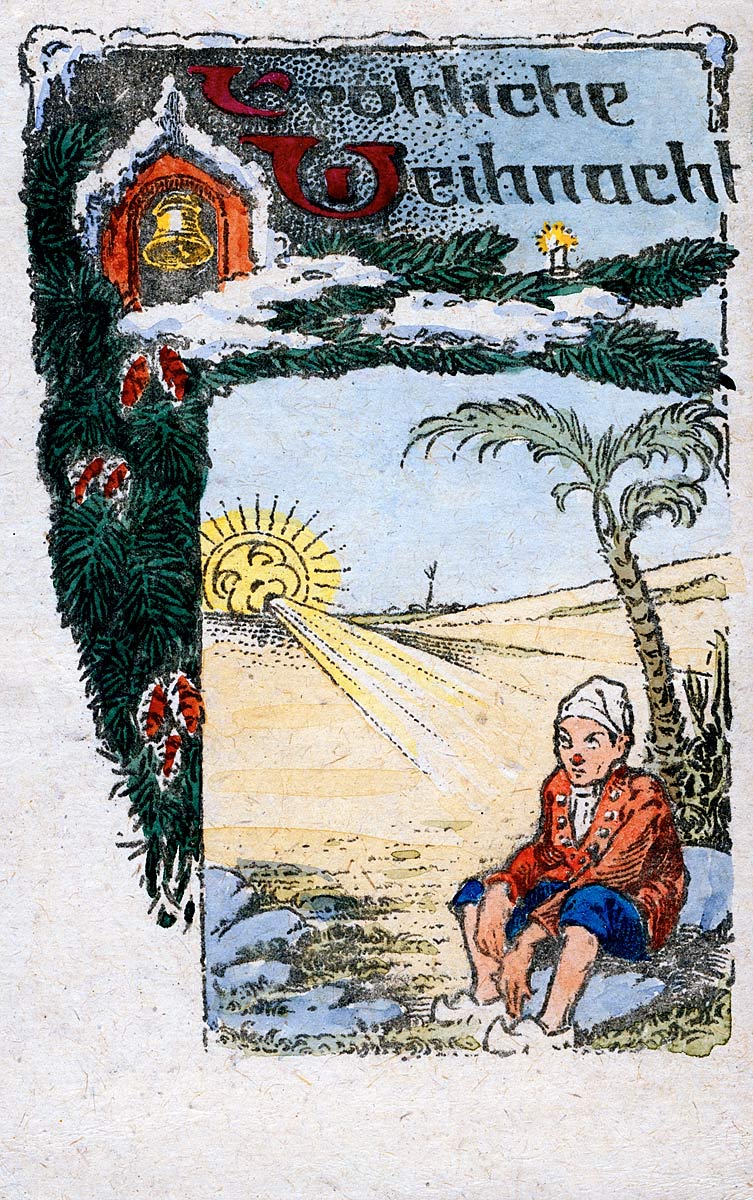 An extremely unusual World War I Merry Christmas card sent from the British-Indian Prisoner of War camp in Ahmednagar on Nov. 19, 1919 by H. Pome 161 to Miss M. Pome in Steiermark, Austria. It could have been hand-manufactured in the camp, as despite the German language greeting on the front, the back is imprinted with an Indian postage stamp and language. During World War I, many Germans and Austrians in India were put in POW camps, with Ahmednagar being perhaps the most popular. Given the many German lithographers and merchants in India at the time, it is possible that a simple lithographic press was operant at the camp. Given the strict censorship laws, only the image of the man suffering in the sun would have given the sender's relative a sense of his condition.