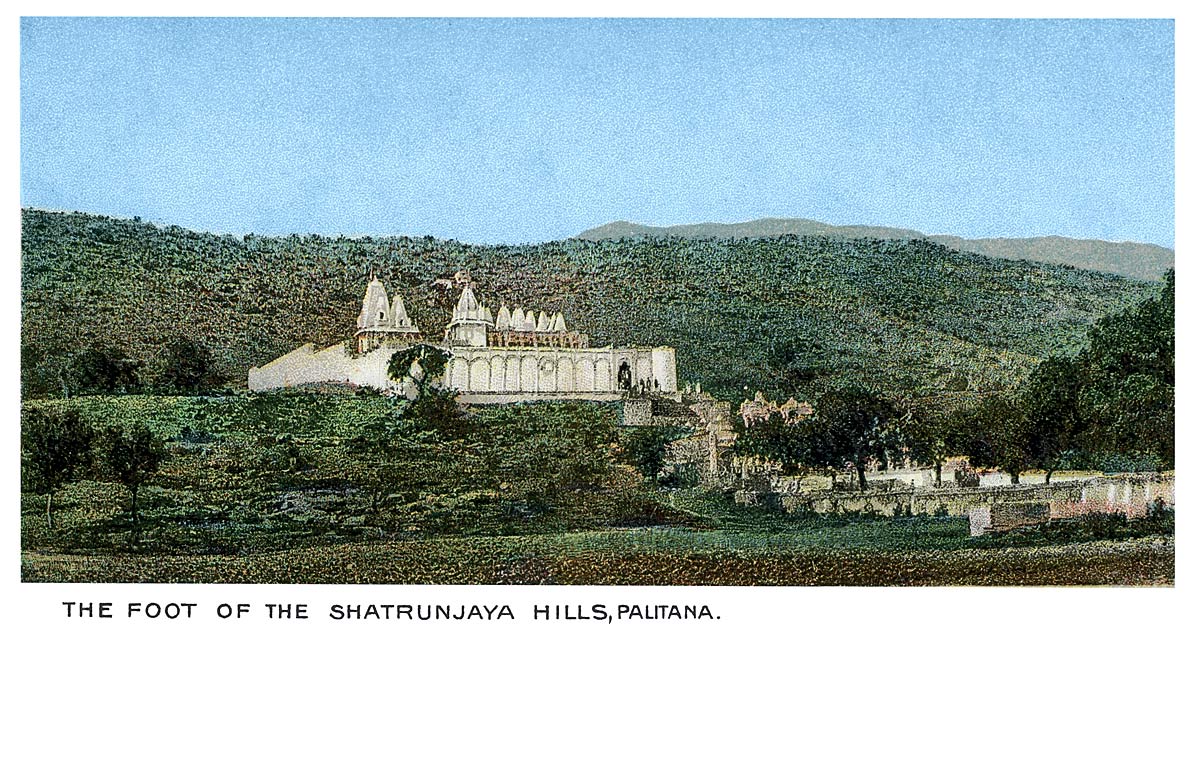 The Foot of the Shatrunjaya Hills, Palitana

These Jain temples were constructed in memory of Ādinātha, the first of the Jain tirthankaras, who is said to have meditated here. The publisher of these unusual postcards remains elusive. Some bear images photographed by Raja Lala Deen Dayal, but have never been found to be imprinted with the firm's logo – though the firm usually advertised itself and its work, and could easily have licensed a few images to a postcard publisher, common practice at the time. The large number of postcards in the series of Gujarati locations, often rarely postcarded ones, suggest that it may have been a Gujarati firm. The cards themselves were printed in Germany, and though generally dated from 1906-1908, have an undivided back at a time when divided back postcards were common (these allowed for messages on the back instead of the front, as the while space on this card would have allowed). They are also lithographic cards at a time when this mode of printing was generally more expensive than the collotypes or halftones that dominated postcard publishing.