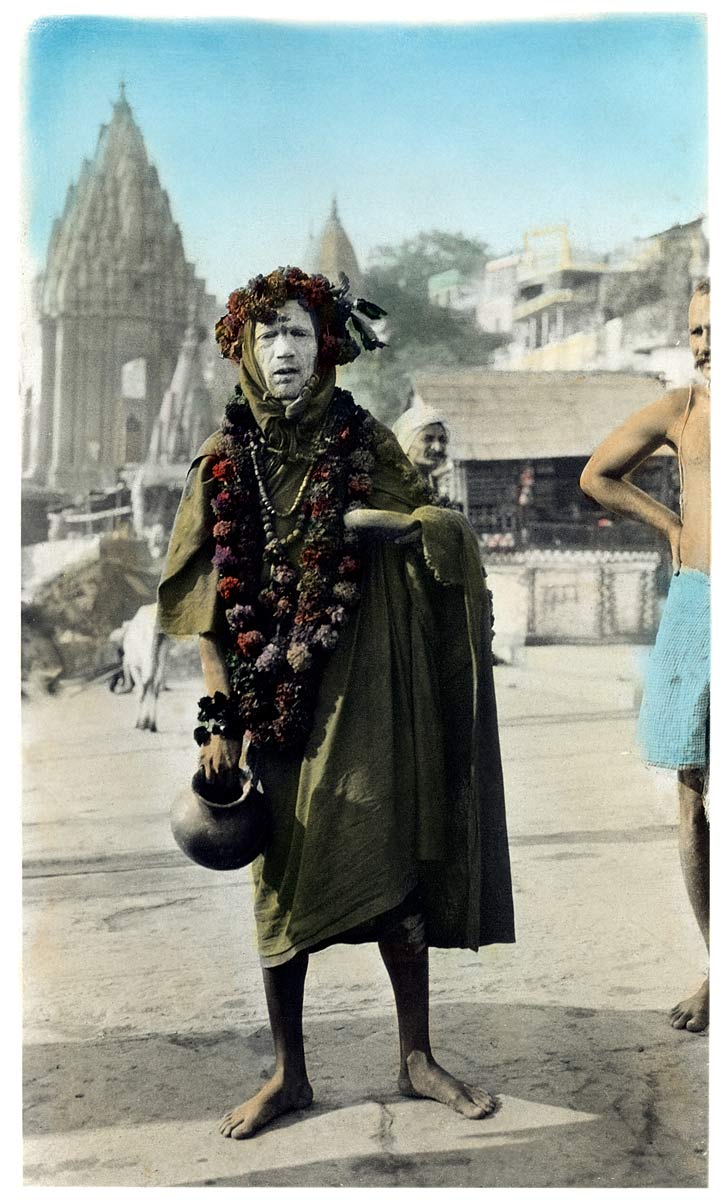 A fakir is a hermit who often lives in seclusion and devotes his life to religion. In the holy city of Varanasi, the term fakir refers to "sadhus" (one who abstains from worldly pleasures) and "yogis" (one who practices Yoga). Fakirs were among the most often "postcarded" inhabitants of the subcontinent. This is a rare color-ized real photograph, with the color applied perhaps by stencil directly to the image.