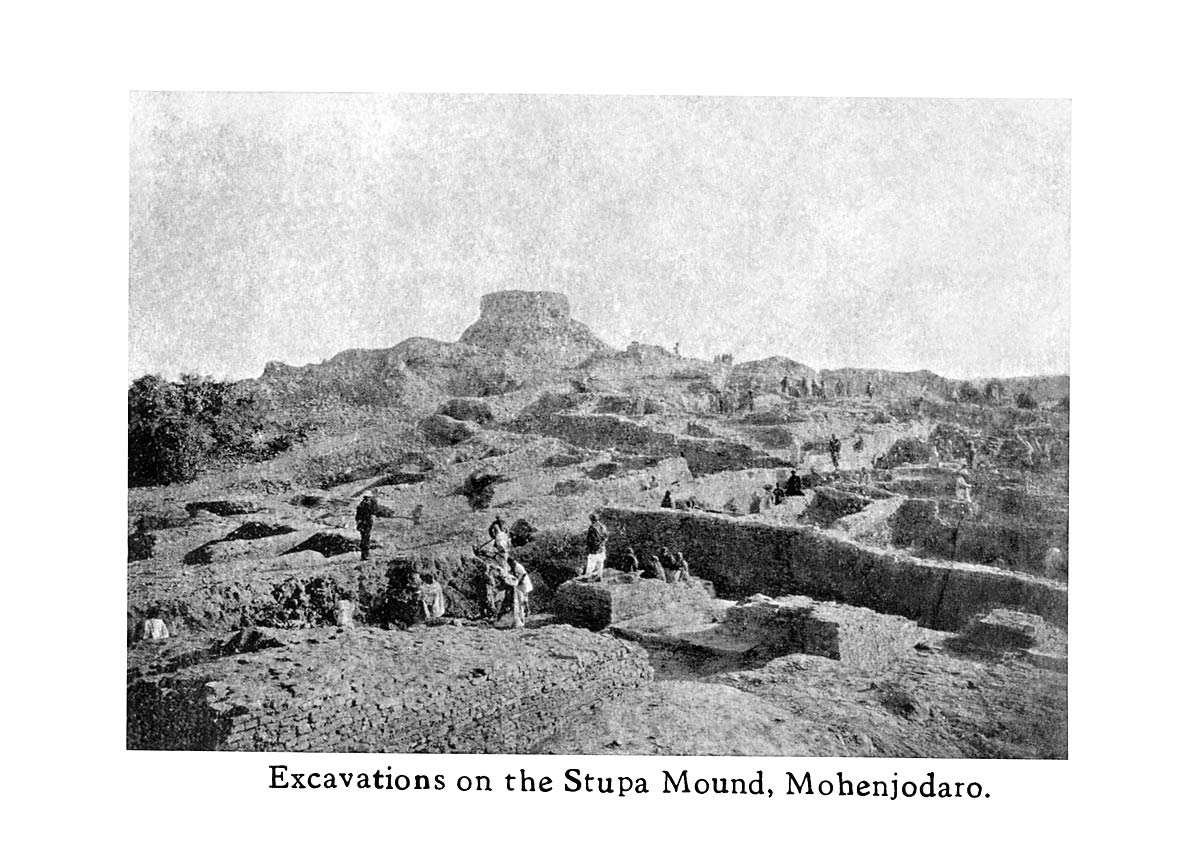 Excavations on the Stupa Mound, Mohenjodaro

This discovery of the ancient Indus civilization, announced in 1924 by John Marshall, who led the excavations at Mohenjo-daro, radically shifted perspectives on ancient India. The age of civilization in the subcontinent was pushed back by some 2,000 years and indicated a level of sophistication and urbanization no one had imagined. This is one of the first postcards printed of the discoveries, from an original excavation shot.

Marshall wrote: “A considerable number of buildings separated from each other by streets and lanes have been excavated in the southern portion of the stupa mound... The terrain here descends more or less abruptly to the south, where a narrow valley cut by rain separates this area from another, Area L, immediately to the south of it. No definite connection has yet been established between the two areas by excavation" (The Indus Civilization, Vol. I, 1931, p. 145).