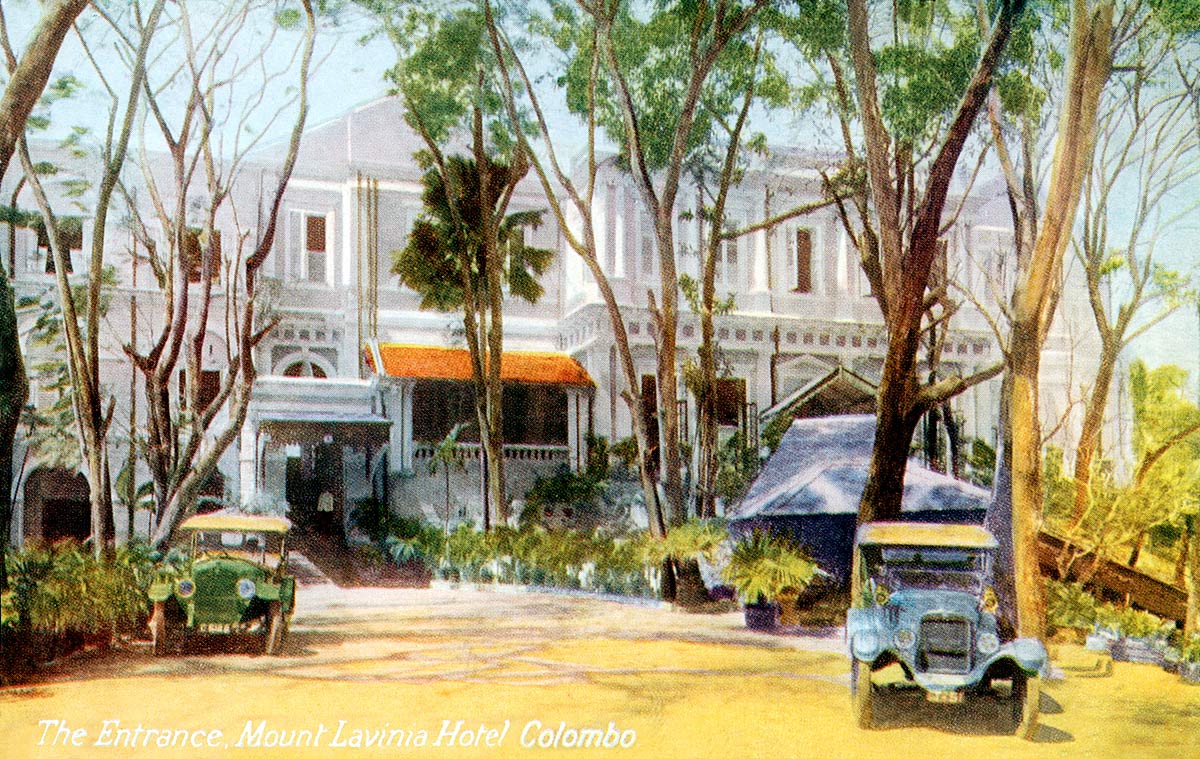 The Mount Lavinia Hotel was originally built in 1806, and after falling into disrepair, Mount Lavinia House was rebuilt in 1830 by the British Governor Edward Barnes at a cost of 30,000 pounds. It was designed along the lines of "Banqueting Palace" in Whitehall, by the architect Inigo Jones. Like an Italian villa, the house had a coach house, and military barracks and quarters. It still exists, and bills itself as "Sri Lanka's Premiere Colonial Hotel."

A gorgeous postcard by Plate & Co., the premiere postcard publisher in the island for perhaps half a century. On the back someone has written, presumably about the cards "Essex left, Overland Right."