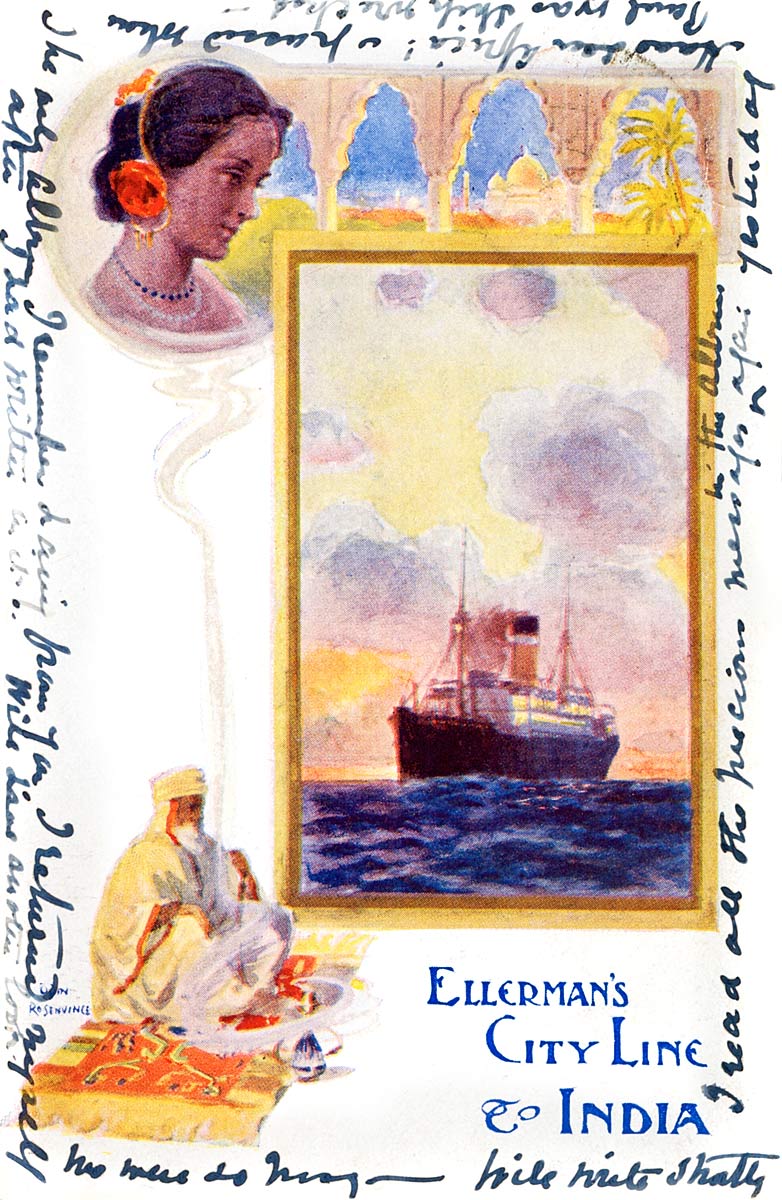 An advertising card for one of the big London-based steam-ship travel firms who served the travel-between-India and Europe market. The firm did well through the 1890s and first decade of the new century, until World War I when, through fighting with Germany, "heavy losses were suffered by the various companies controlled by Sir John Ellerman. In all, 103 ocean vessels, with a total cargo capacity of 600,000 to 750,000 tons, were destroyed. These included the liner City of Athens mined off Cape Town in Aug. 1917. City of Winchester (1914) was the first merchant vessel to be destroyed in the war, being captured by the German cruiser Königsberg, while homeward bound from India with a very valuable cargo of produce." [Source: Wikipedia]

[Verso, handwritten] "Oct 22 1908. We are having a good passage on the whole. Today is simply perfect. Tomorrow evening we hope to reach Port Said [Egypt]. So sorry I did not see you at at our Jeypore learning [?]. we went very very [illegible]. Please tell Selvin [?] Roberts how sorry I am not to have been able to call and say goodbye. We could not possibly go everywhere. Much Love to you both, M.C. Franks [?]"

[Recto] I read all the precious messages in the album again yesterday. Have seen Africa! and passed where Paul was ship wrecked. The only Albums I remember having from you I returned myself after I had written in it. Will take another look. No more to say [?] – Wile riete Shatty [sp?]"