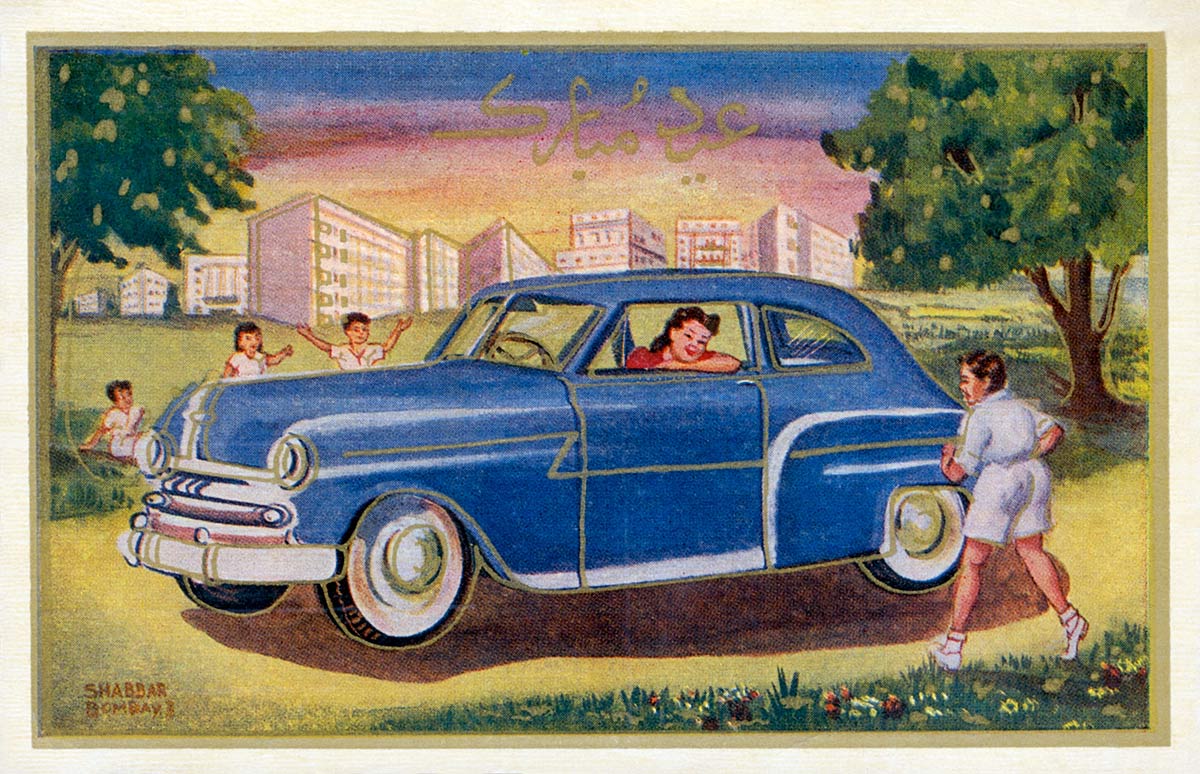 The Bengali writer Nirad Chaudhuri (1897-1999) described the Eid celebrations in his birthplace of Kishorganj, Mymensingh, now in Bangladesh: "Since the Id moves backwards round the year it had no particular association with season and weather as had every Hindu festival, and this was important because in our perception it liberated the Id from all relationship with the earth and its animistic emanations, which is so strongly felt as a feature of Hindu pantheism. It made us feel that this Muslim festival was half a purely human activity and half the activity of something transcending both man and the earth altogether. From early in the morning Muslim family groups began to pass eastward along the road before our house—old men, young men, children, all walking intently in a fashion which seemed to suggest that they had the goal of their journey always visible before their eyes. I was quite familiar with the normal features and expression of these peasants. I always saw them in large numbers on the two weekly market days we had at Kishorganj, once when they went towards the bazaar with heavy loads and again in the evening when they returned home chatting and hallooing. But the impression was quite different on the Id day. Not wt&y were they washed, anointed, and dressed in white, they underwent a more fundamental transformation. Their whole face and mien changed. They had their countenance stamped with the visible marks of the state which Pater has called “inward tacitness of mind”, and, curiously enough, this was reflected in the looks of the children as well. Although, in contrast to their elders, they were colourfully dressed, yet their faces were solemn. Children are solemn. Nevertheless, no one, not even those who have studied the baby Christs of high Renais­sance painting in Italy, could have formed an adequate idea of how solemn children could be unless they had also seen the little Mussalman boys I saw." (The Autobiography of an Unknown Indian , p. 34-35)