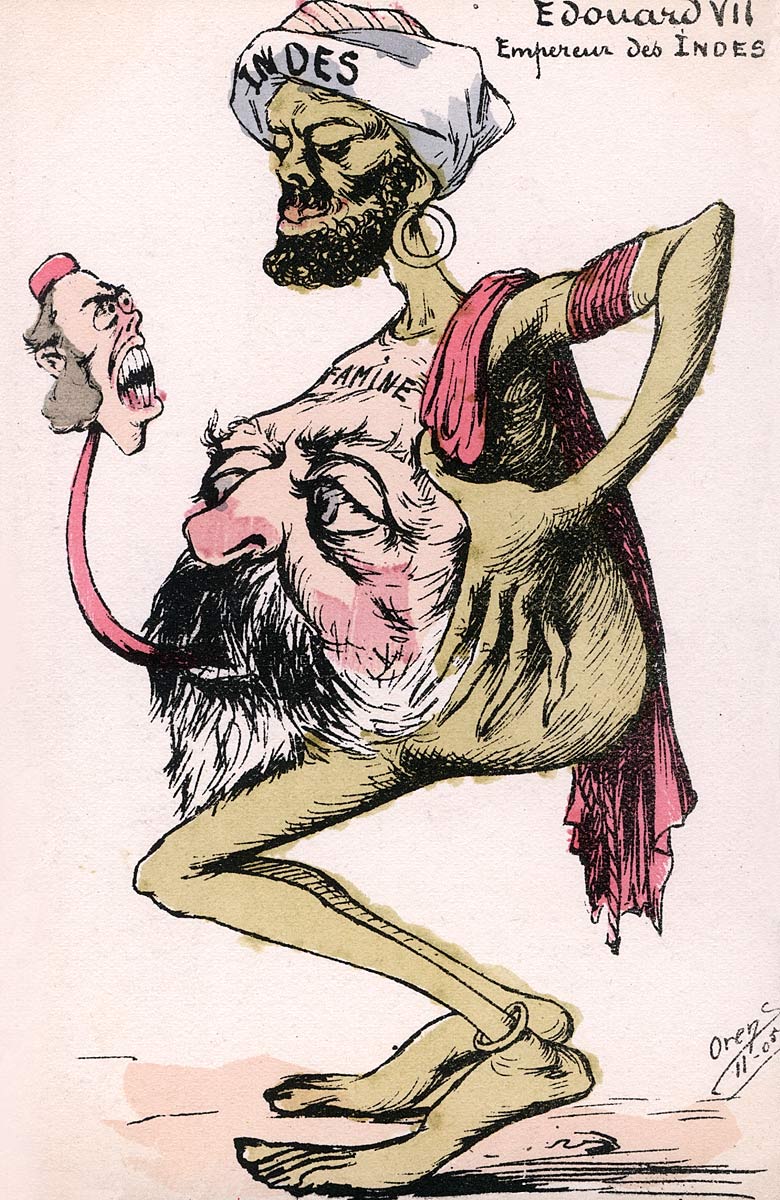 No one savaged the British more than their continental rivals, the French and Germans. In this French card, King Edward VII is shown under the word "famine" as the face of a bloated stomach on the figure of India; his tongue, haranguing India seems to show the famous British politician William Gladstone on its tip, even though he was not the Prime Minister in November 1905 (Arthur Balfour was), when the card was dated by the artist. It points to the inability of the British to properly deal with the famines that plagued India during their rule, leading to millions of deaths.

The French artist Orens Denizard (1879-1965) was a noted satirical cartoonist, whose work appeared on numerous French postcards in the early 1900s, many of them dealing with the Dreyfus affair.