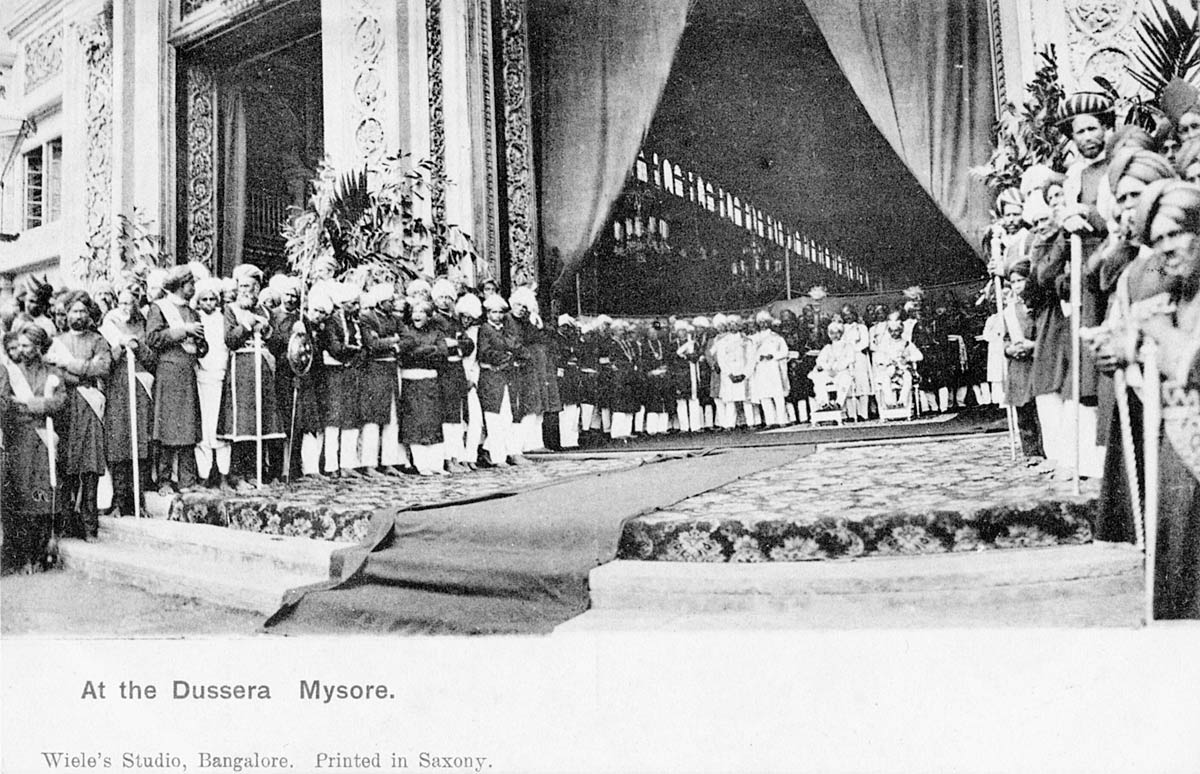 At The Dussera Mysore

The fall Mysuru Dasara celebrates the victory of the Hindu goddess Chamundeshwari (Durga) over the demon Mahishasura, the event from which Mysuru's name [formerly Mysore] is derived. At the time of this image in the early 20th century it had been celebrated for about 300 years in the state. The two seated men are likely to have been the ruler Krishnraja IV, who inherited the throne as a boy in 1895, and his Diwan, Sir M. Vishweshwariah. Note the dramatic angle with which Wiele, a German photographer based in South India, has framed the scene, with a long dark interior stretching into the background above the dias.