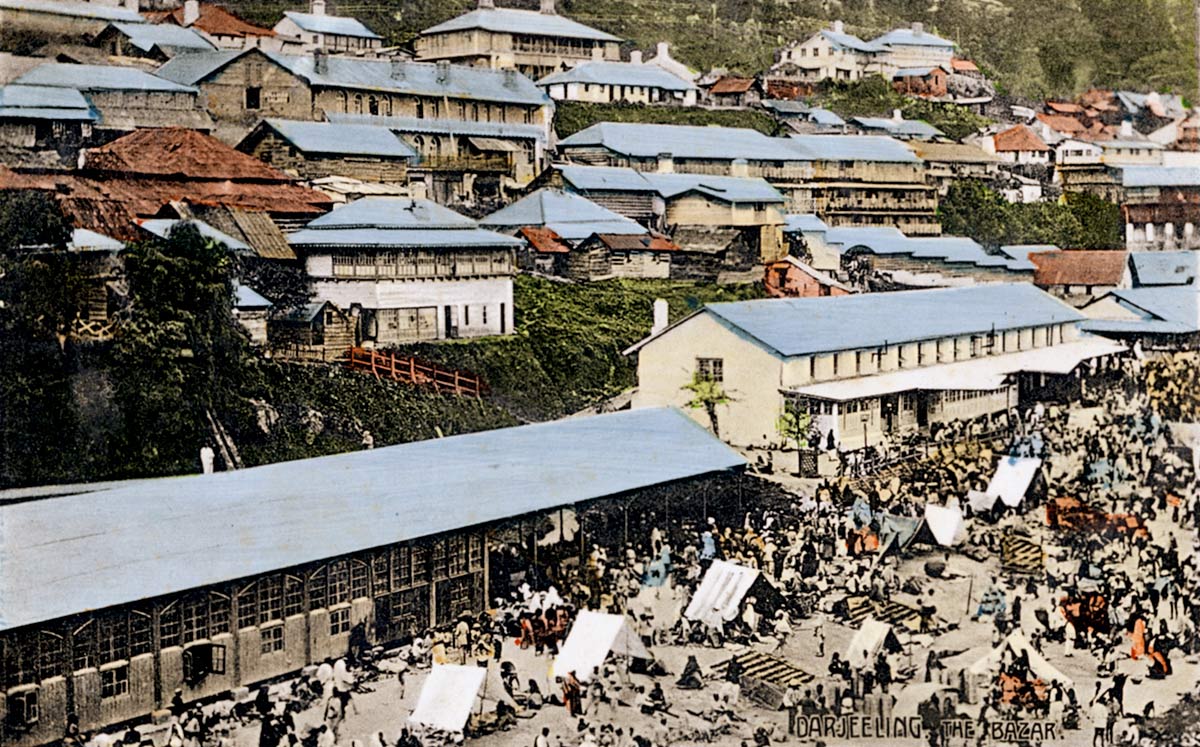 Darjeeling, located in the lower range of the Himalaya, is often called the "Queen of the Hills." Its Sunday market, when villagers and merchants from the neighbouring villages and towns come to offer their wares, was a very popular postcard subject in the early 20th century. Murrays Travellers Handbook (1936, p. 476) wrote that "the principal Bazar is in the centre of the town; on Saturdays and Sundays it is thronged by picturesque folk from all parts –Lepchas, Limbus, Bhutias, Tibetans, Nepalese, Paharias, Bengalis, Kashmiris, and Marwaris."