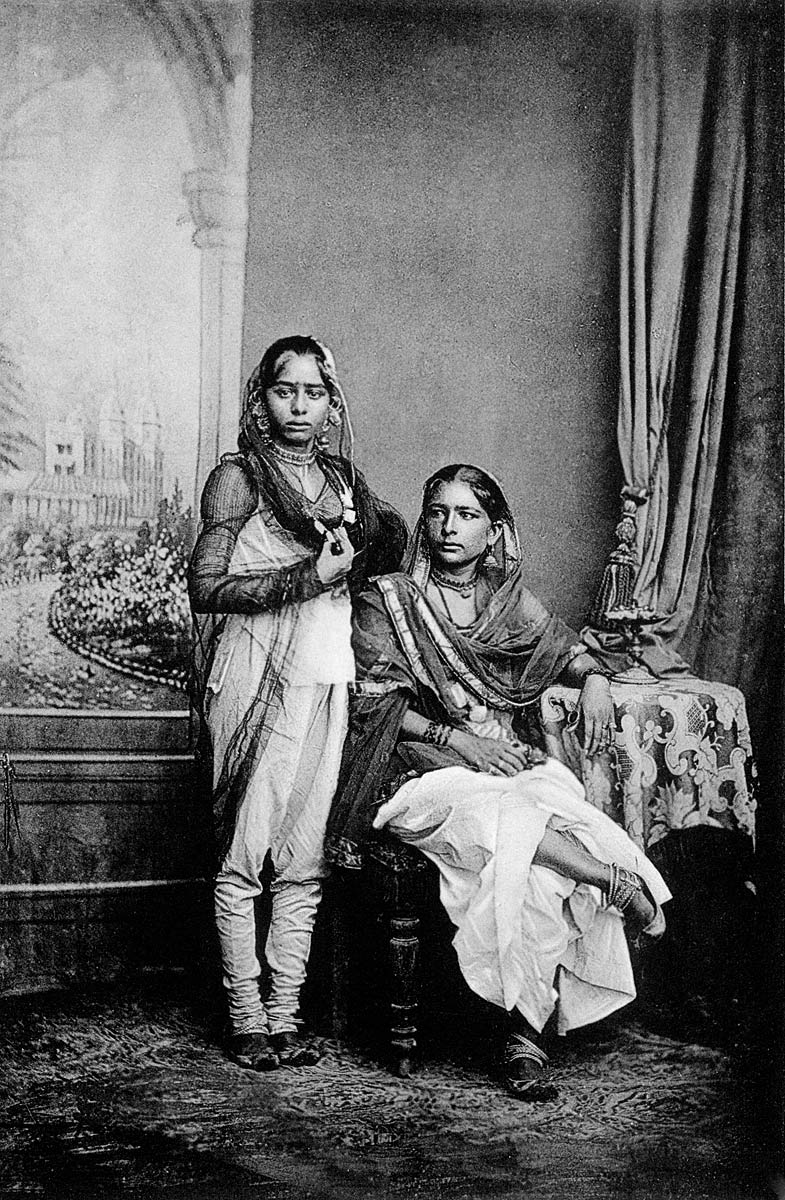 Professional dancing girls were among the most popular early postcard subjects. These two dancing girls are probably from Lucknow as the painting in the studio background on the left recalls the Chutter Manzil in Lucknow. In fact, one of the first Urdu novels (1899), best known through the 20th century hit film Umrao Jaan (1981) told the story of a Lucknow nautch courtesan (played by Rekhha). Bollywood films on nautch girls (also called tawaaifs) both glamorize and provide a glimpse of the dark lives of these artists beneath the gloss of the profession. Many were accomplished dancers and singers and had a good understanding of music and poetry, but led a life that was usually at the whim of their patrons and events they could not control.