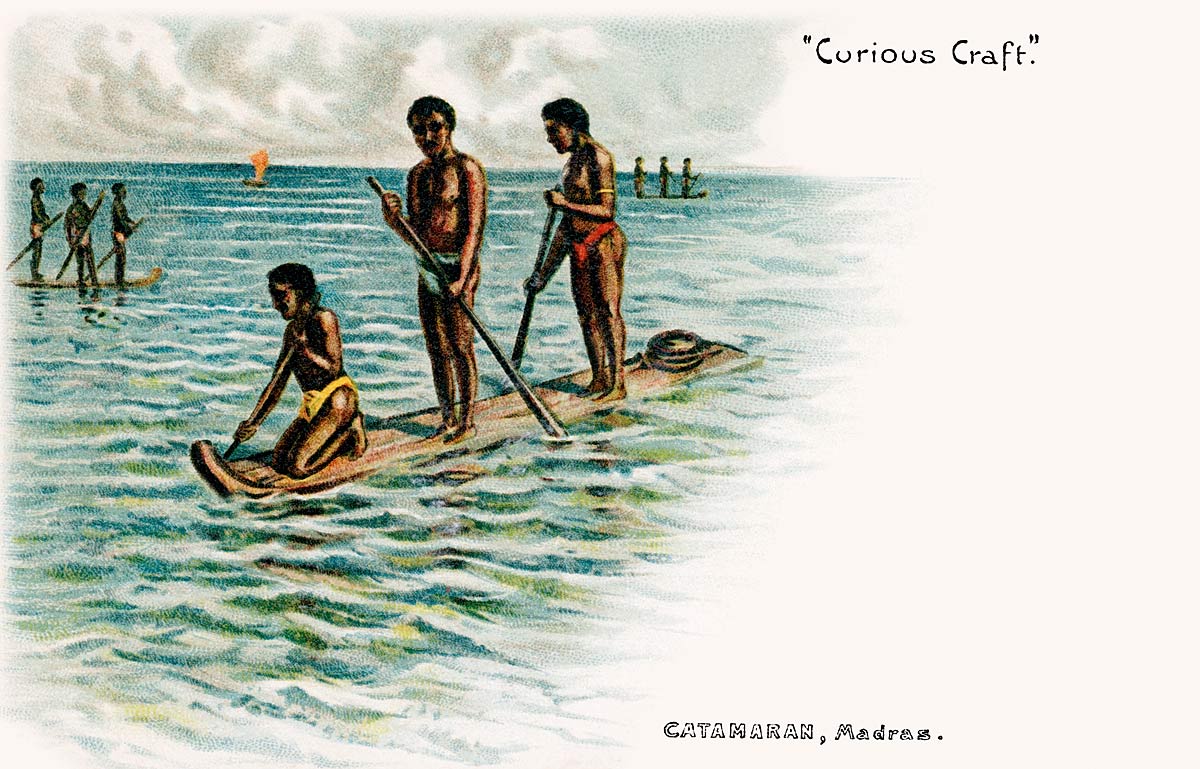 Catamarans are one of the first types of boats and the earliest users of catamarans were apparently fishermen living on the southern coast of Tamil Nadu; the word itself is of Tamil origin. To be sure, various types of catamarans are found elsewhere in Asia and probably were used in the region for tens of thousands of years. The twin hulls of a catamaran made them more stable in rough seas, a legendary problem around the beaches of Madras (today's Chennai). William Dampier, an English adventurer, first mentions the catamaran at the end of the 17th century. Today they are used in high-end boat races.

This is a very early Tuck's postcard, part of a series on "Curious Craft" and one of their earliest documented images of India with a series no. of 699. It was also a lithograph; later Tucks cards were halftones although there were some collotypes in between.