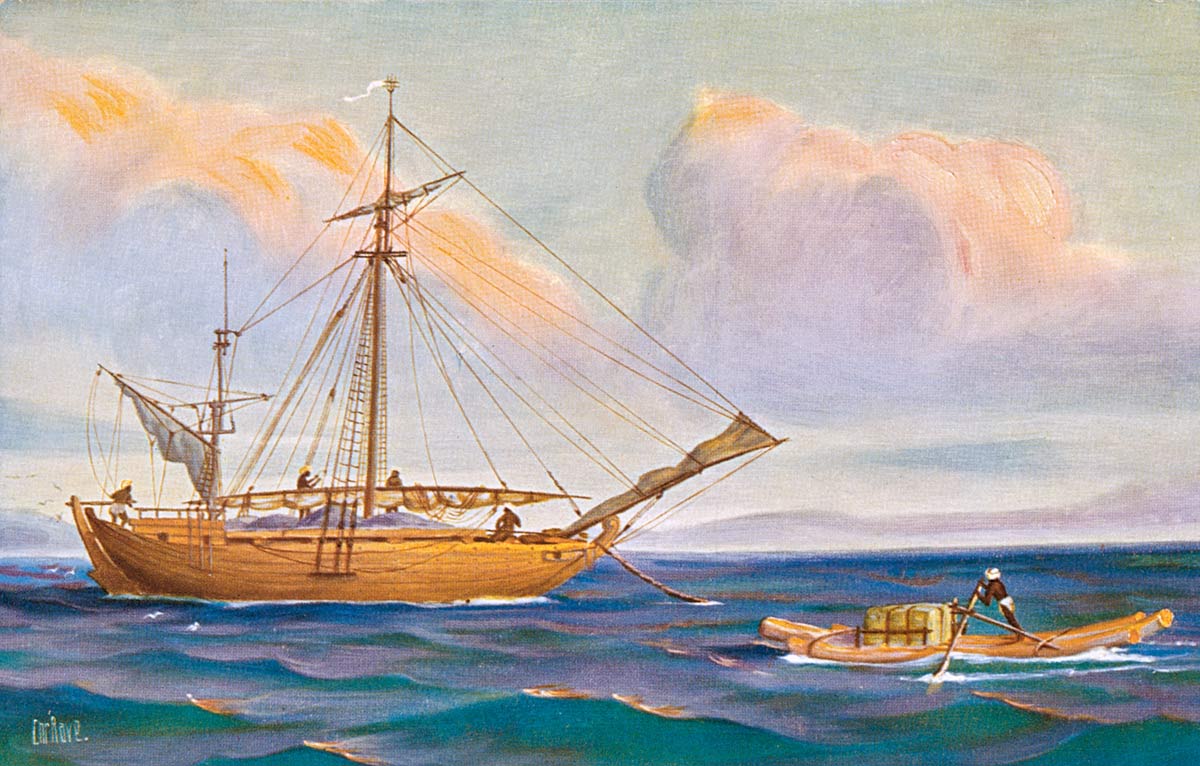 From a German painted series on the different kinds of ships used along India's coasts, a subject that seems to have escaped the attention of Indian and British postcard publishers.

As far as the origin of the word Coromandel, Hobson-Jobson declared: "A name which has been long applied by Europeans to the Northern Tamil Country, or (more comprehensively) to the eastern coast of the Peninsula of India from Pt. Calimere northward to the mouth of the Kistna, sometimes to Orissa. It corresponds pretty nearly to the Maabar of Marco Polo and the Mahommedan writers of his age, though that is defined more accurately as from C. Comorin to Nellore. Much that is fanciful has been written on the origin of this name. Tod makes it Kūrū-mandala, the Realm of the Kūrūs (Trans. R. As. Soc. iii. 157). Bp. Caldwell, in the first edition of his Dravidian Grammar, suggested that European traders might have taken this familiar name from that of Karumaṇal ('black sand'), the name of a small village on the coast north of Madras, which is habitually pronounced and written Coromandel by European residents at Madras. . . . The learned author, in his second edition, has given up this suggestion, and has accepted that to which we adhere. But Mr. C. P. Brown, the eminent Telugu scholar, in repeating the former suggestion, ventures positively to assert: 'The earliest Portuguese sailors pronounced this Coromandel, and called the whole coast by this name, which was unknown to the Hindus'" (p. 256).