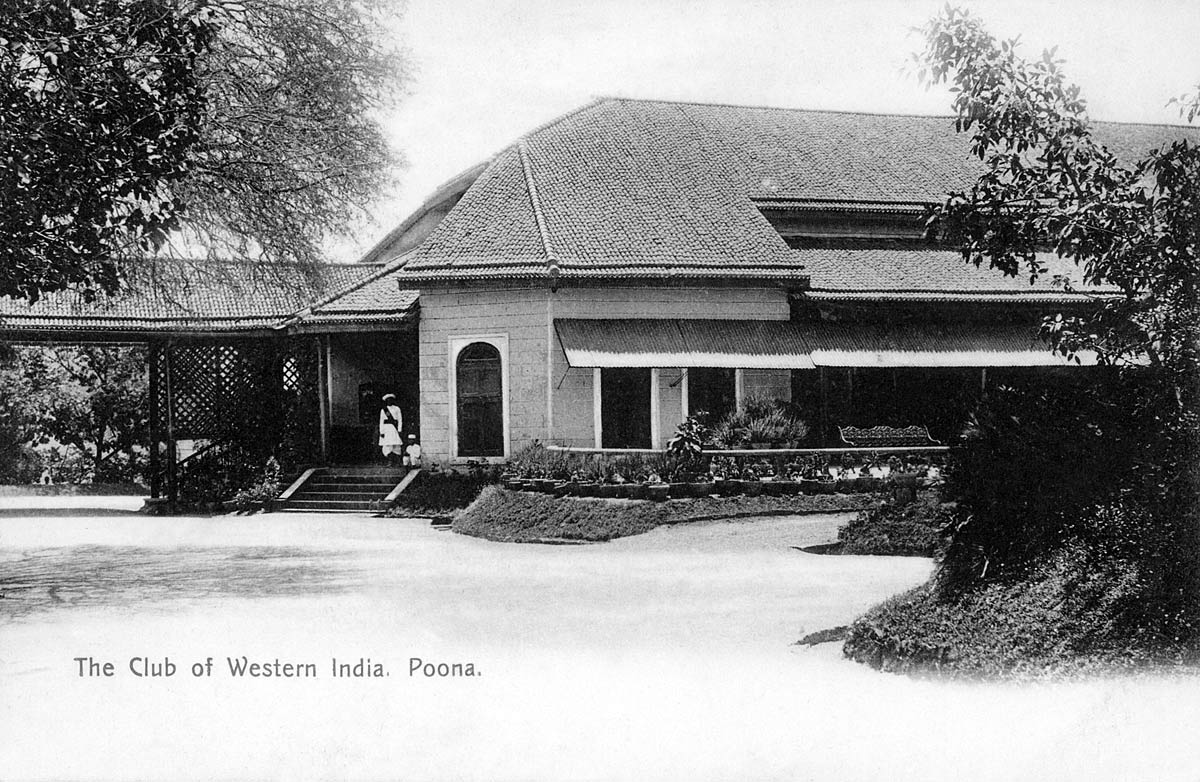 The Club of Western India. Poona

Benjamin B. Cohen, in his highly informative study of Raj clubs, In the club Associational Life in colonial South Asia writes: "Locating the center of the [colonial] club's sphere at Government House de-centered the club and reflects the strong link between club membership, drawn largely from among government officials, and the government itself. At the Poone Club, on the other hand, the club premises were specifically mentioned and located at the center of expanding membership spheres. 'The expression "Poona" when used in these By-laws, means an area within a radius of twenty miles from the Club House, which is situated at No. 6 Bund Garden Road, Poona,' an address the club still calls home," (2015, p. 33).