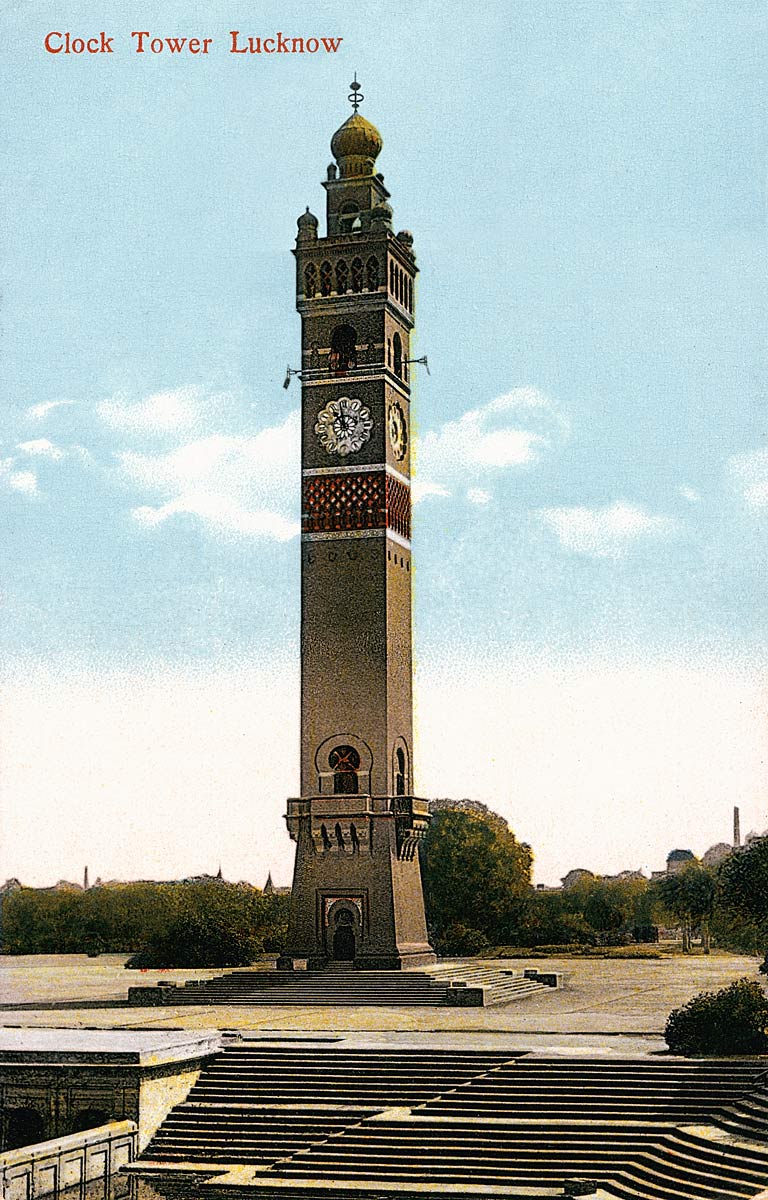 Apparently the tallest clock tower in India, this 221-foot high structure was constructed in the 1880s. Inspired by Big Ben in London, and in honor Sir George Couper's taking over as the first Lieutenant-Governor of the then United Provinces of Agra and Oudh, its cost of nearly 2 lakh rupees was borne by Nawab Nasir-ud-din Haider. Of Moorish design, in a Victorian-Gothic flavour, it still stands, with a recently restored clock, in the heart of a city of nearly 3 million.