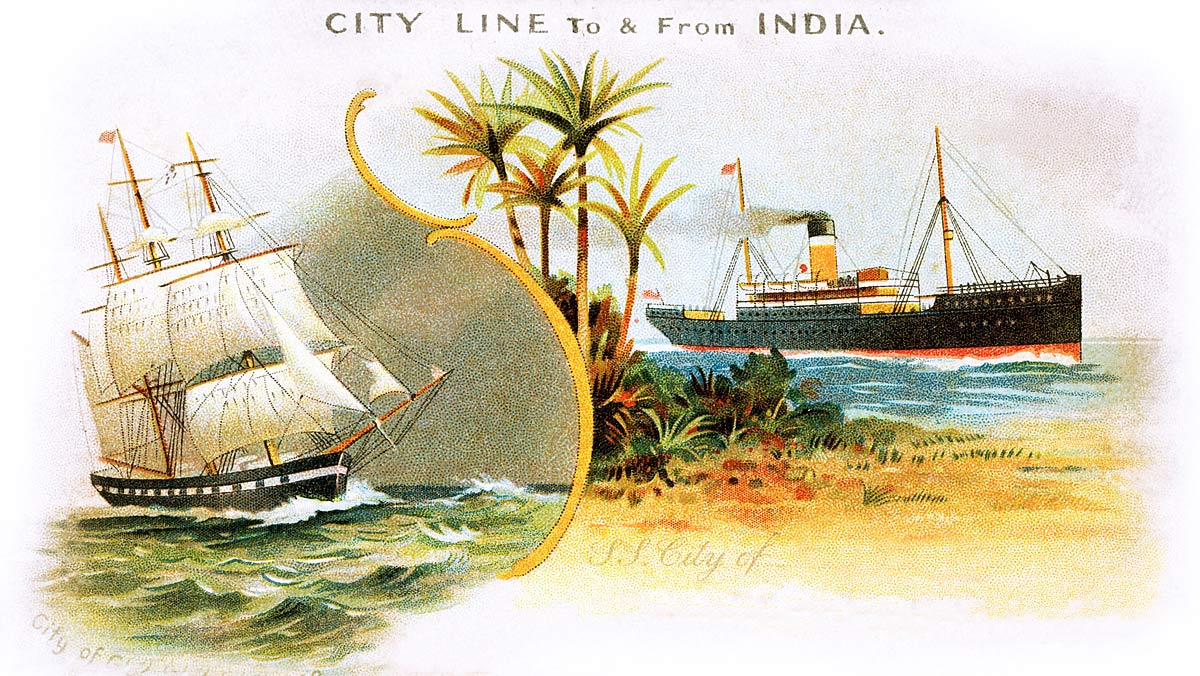 City Line To and From India

One of the reasons that postcards became so popular around the turn of the century was because of the growth of shipping and railway lines that let people and postcards move rapidly from place to place. Postcards as a messaging system were literally built on an iron communications network, with the same ships that brought tourists to India came the postcards printed in Germany that they would send back to where they came from. Shipping lines advertised themselves with postcards too. This card from City Lines, founded in Glasgow in 1840 and in the 1890s absorbed into Ellerman City Lines, also nicely illustrates the shift from the sailing ships that used to ply between the subcontinent and Europe to the much faster and more luxurious steamships.