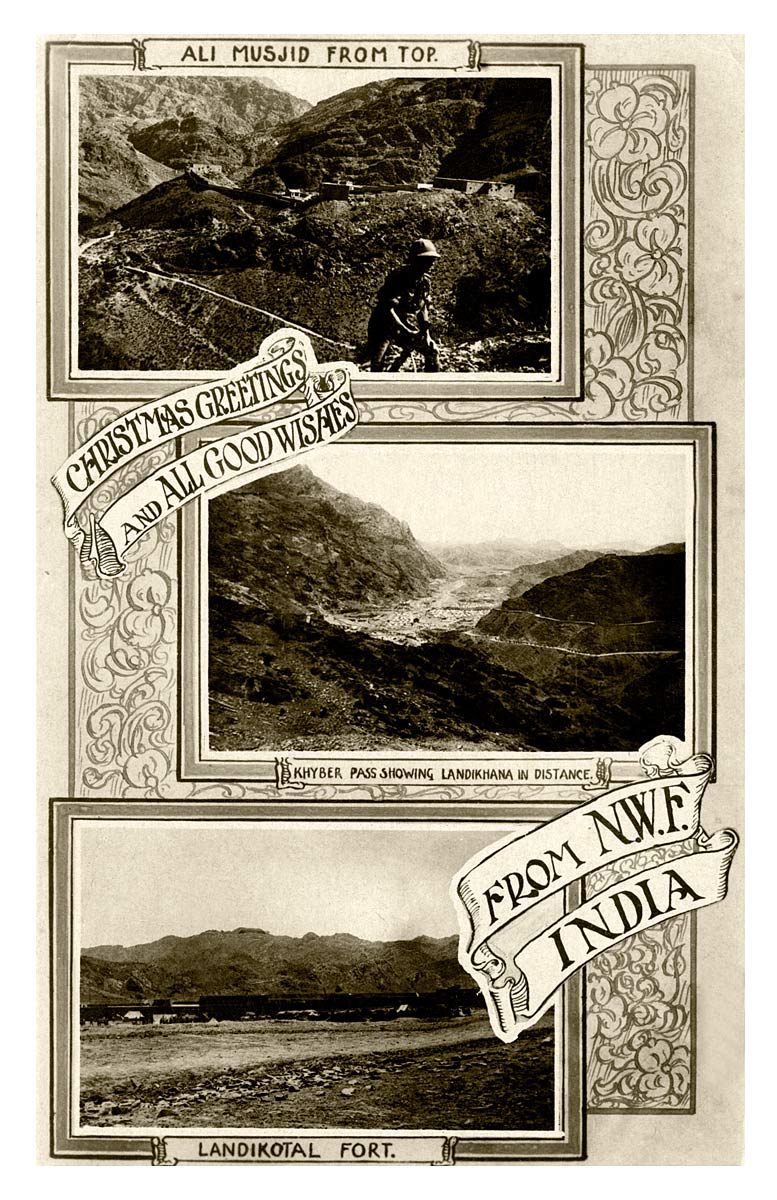 Ali Musjid was a mosque on a hill overlooking the Khyber Pass that was the scene of major battles for British control of the region during the 2nd Afghan War (1878-1880); Landikotal Fort was where British troops guarding the border with Afghanistan were camped. Holiday cards, for Christmas and New Years were an important propellant to the postcard revolution. This real photo postcard montage from the publisher D.C. Mehra in Cherat Hills (another cantonment town near the Frontier) and Rawalpindi would likely have been bought and sent back home by British troops stationed in the area.