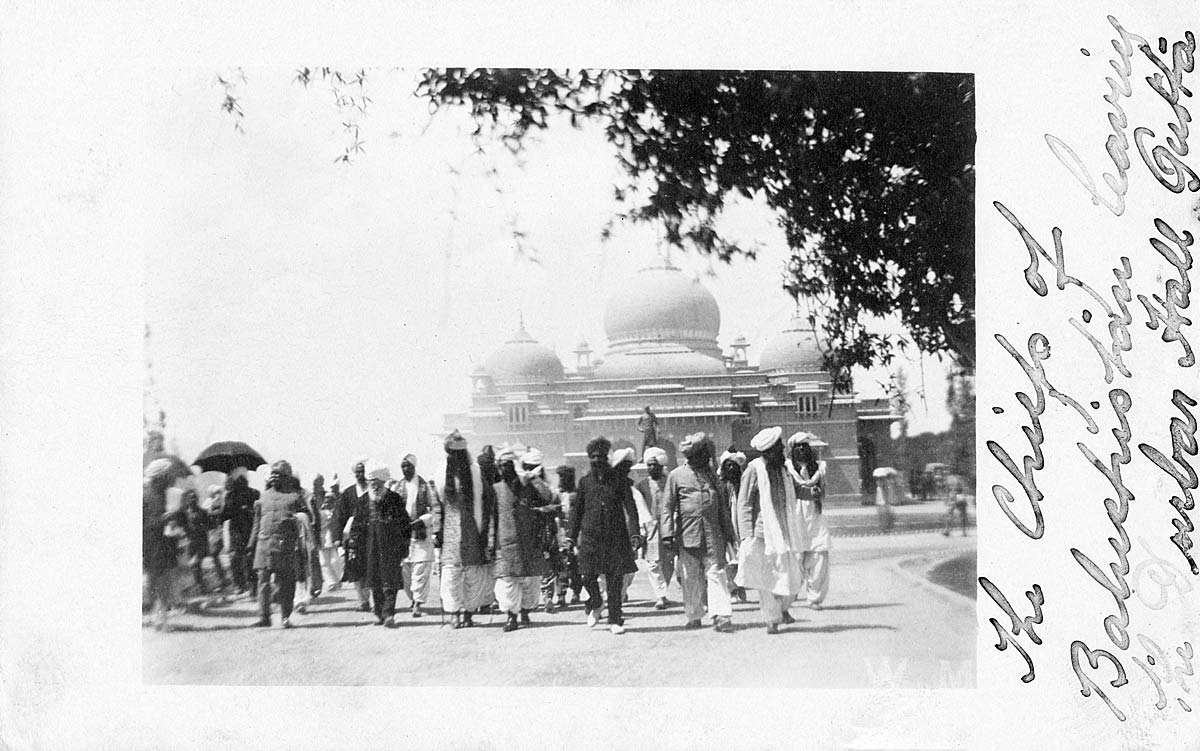 Sandeman Memorial Hall in the background was built expressly to bring together Balochistan's various tribal leaders to negotiate and settle disputes between themselves and the British Indian government. Opened in 1900, it was built in honor of Sir Robert Sandeman, the British administrator who cobbled together much of "British Baluchistan" through so-called peaceful methods that involved cajoling, bribing, exploiting differences and occasionally using force to being the different Balochi tribes and land under British control. He died in 1892. Sandeman Hall, sometimes called the "Taj Mahal" of Balochistan was destroyed in the Quetta earthquake of 1935 which also killed upwards of 30,000 people.

This is a real photograph, probably titled by the photographer in pen on the side and published just after the Darbar. On the back the sender has written: "I'll look out for Kotri Bridge Photo. The Sukkur [bridge] is suspension not the one here is about 1/4 mile across + 3 arches."