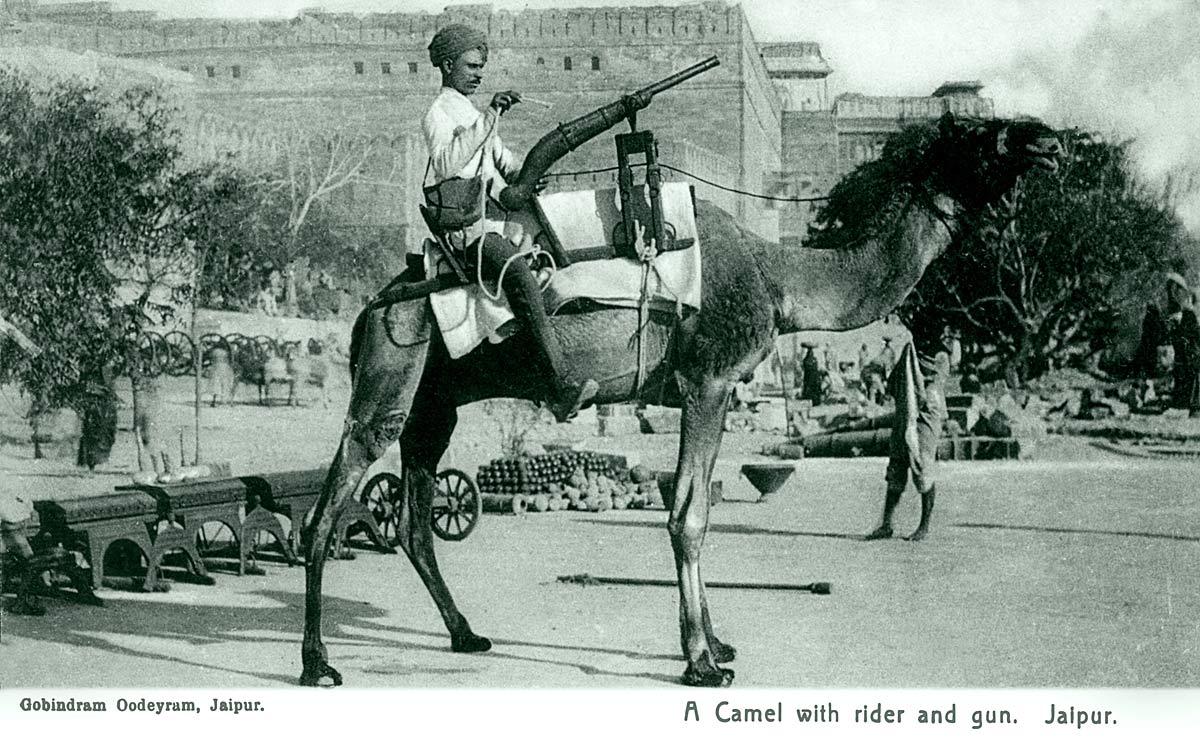 A Camel with rider and gun. Jaipur

One of the more unusual forces in Rajputana during the Raj was the Bikaner Camel Corps which "had such camels also on which 'jujarbas' or small cannon were mounted" (Nandakiśora Pārīka, Jaipur that was: royal court and the seraglio, p. 130). Another writer at the time, Ravinder Kumar Sharma suggests that as gunpowder led to the demise of the importance of elephants in war, "the camel corps and camel gun was a very useful war innovation in the deserts of Rajasthan in general and Jaipur in particular" (as reprinted in Indica, Volumes 22-24, St. Xavier's College, 1985, p. 130).