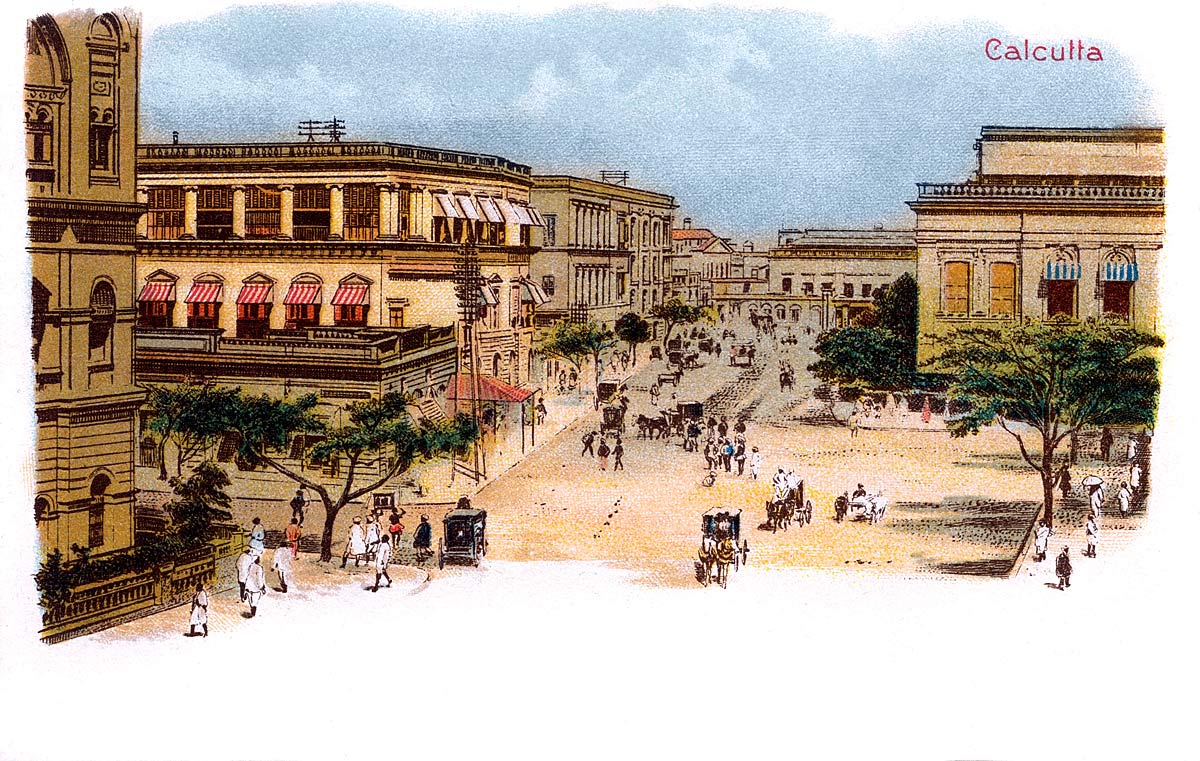 A very early lithographic postcard of Calcutta, postmarked as early as the first half of 1899, and published from Budapest, then part of the Austro-Hungarian empire. Most examples seem to also have Hungarian electrotype on the back, with the Austrian-German "Correspndenz-Karte" crossed out, but there are also examples with only the German on the back. It seems to have been quite a popular card, and shows how the popularity of postcards in Central Europe at the very end of the 19th century led to unusual publishers getting involved. It does not seem to have circulated within India, but certainly is a finely designed work with the people and carriages merging nicely with the white writing area at the bottom.